France stands solidly in the way of Jinping’s Euro dreams 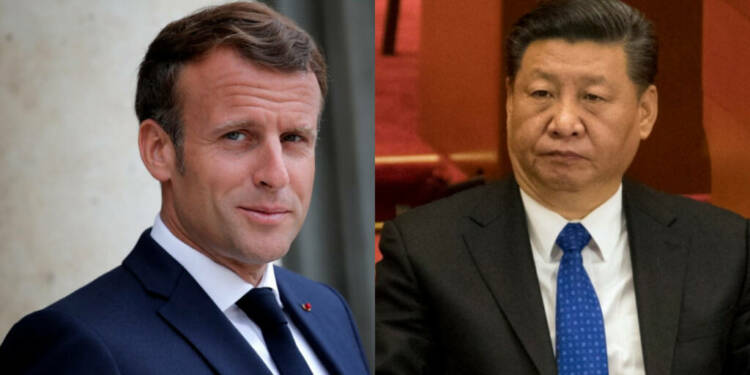 However, with the foreign policy blunders of China piled up, and European Union forced it to find a way to formulate a deal by the year-end, Beijing has come up with a deal which is more pomp than substance. This is to appease the Europeans whose importance for the Chinese market is too much. However, France has decided not to fall for this and has maintained its opposition to the deal over the human rights abuses and the fact that China has still not abolished forced labour (that’s where the famous sweatshops comparison comes from).

In an interview with the French daily Le Monde, Franck Riester, Minister Delegate for Foreign Trade and Economic Attractiveness, said that the proposed agreement would be a significant step toward re-calibrating investment with China, but he also mentioned that the concerns remain the same as Beijing had not fulfilled the “sufficient commitments” it had agreed to in international treaties and this makes it difficult for the EU to digest a China upholding its broken moral compass in the EU-China deal, if and when it happens.

He even went ahead and added that for France to support this deal, there needs to be a clear commitment to sustainable environmental development based on the Paris Agreement on climate change, which China has not dwindled on, indicating that it is the world’s manufacturer reason.

The other major concern for France is that Beijing has yet to ratify the International Labor Organization (ILO) convention prohibiting forced labour. “We cannot facilitate investment in China if we do not commit to abolishing forced labour,” said Franck Riester, emphasizing that countries like Belgium, Luxembourg, the Netherlands and Germany are in congruence with Paris’s position.

After the online campaigns in France to force the government against the deal and to abreast it regarding the plight of Uighurs, the minister said, “Trade agreements also serve as a lever to advance social issues, to fight against forced labour, in particular of Uighurs.”

The French have been countering China in all directions as it was just recently when France was admitted into the Indian Ocean Rim Association and other minilaterals to increase the countervailing forces against Chinese monopolistic designs.

The EU-China deal, also known as the Comprehensive Agreement on Investment (CAI), has received an “in principle nod” this month following negotiations that spanned seven years. The agreement was on the verge of being finalized in Brussels by year-end if not for these much-needed reservations which many European countries have but could not voice them. France has come out as the new Commander-in-Chief of the EU as the time for Angela Merkel’s retirement comes and is sure to get in the way of Xi Jinping’s Euro dream.

Chinese vaccine fails in Brazil, but China is ready to fudge data to sell it