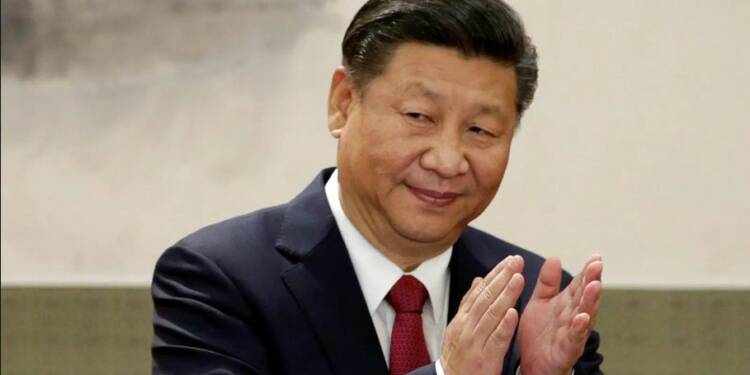 The Chinese Communist Party (CCP) is passing through a tough time. Its popularity is at an all-time low both within and beyond China. And to make matters worse, the CCP has to celebrate its 100th anniversary next year. July 1, 2021 will mark the 100 years of its foundation. CCP General Secretary Xi Jinping has therefore decided to use fake news, censorship and outright lies to pat himself on the back ahead of the all-important day.

The theme that the CCP wants to push for its hundredth anniversary revolves around the Coronavirus Pandemic. CCP wants to tell the world that it managed the health crisis properly and has also succeeded in bringing its economy back on track. But the CCP really has nothing positive to show. So, how will the CCP celebrate its hundredth anniversary? No marks for guessing- through fudged data, fake surveys and obnoxious lies.

Take for instance, the Central Economic Work Conference, an annual meeting in China for deciding the Communist nation’s economic agenda. The key meeting was held earlier this month. Afterwards, a statement was released, in which the concern that the Chinese economy could face greater “downward economic pressure” was removed.

That China is facing “downward economic pressure” is too embarrassing a reality for the CCP at a time when Xi wants to prepare China for celebrating his party’s hundredth anniversary. It is a different matter that in December 2019, Xi Jinping has issued a warning using similar phraseology. Thereafter, China actually faced “downward economic pressure” with a Pandemic of its own making, global backlash and a severe food crisis unravelling the People’s Republic of China.

Ahead of the July 2020 celebrations, Xi wants to tell a new story. The Chinese President wants to tell the world that China has become “the only major economy with positive growth this year.” After all, the CCP has to celebrate its 100 years of foundation. It cannot admit that it has landed China in the middle of an economic crisis.

The CCP actually wants to showcase triumph out of its failures. There is even a virus-themed exhibition coming up in Wuhan, where the Chinese virus originated. Xi wants to tell the world that the CCP fought the Pandemic and its economic repercussions, even if he will have to lie through his teeth.

Exhibitions and censorship are still subtle methods of crafting fake optimism, given Beijing’s otherwise loud propaganda. But the CCP mouthpiece Global Times has gone even further in a brazen attempt to tell what the people of Chiba feel.

Global Times, a CCP-affiliated body conducted a poll. Yes, you heard that right- a poll in Communist-authoritarian China. After all, the CCP has to celebrate its hundredth anniversary, so it at least pretends to care about the sentiments of Chinese citizens.

The poll results, of course, seem fabricated- 70 per cent respondents support Xi’s “wolf-warrior diplomacy”, 77.9 per cent believe that China’s international image has improved, 72.6 per cent cited China’s “successful anti-pandemic efforts” as one of the driving factors behind Beijing’s improved image.

Global Times has also used graphs and pie-charts to convey how more than 70% of China’s citizens are really happy with the CCP. And we can only wish well for the rest of the respondents who dared to speak against the glorious CCP regime.

Xi’s preparations for his party’s 100th anniversary are thus in full flow. And frankly, there couldn’t have been a better tribute for the CCP than a wave of fake poll surveys, fudged data and outright lies.