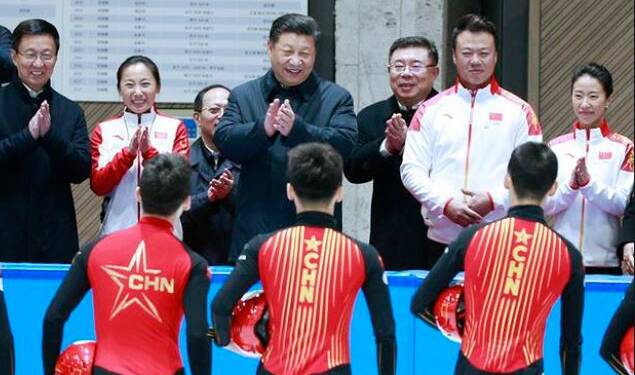 In an interview with Xinhua, a Chinese state media outlet, at Lausanne, Switzerland, Bach was asked about the 40th anniversary of China’s return to the Olympic family and how it has influenced China.

To even further underline Chinese influence at the IOC Bach sprightly added “There has also been the growing influence of China on the Olympic movement on the other hand. China and the National Olympic Committee of China is one of only three permanent members of the Olympic summit,” he further added “China has Yu Zaiqing as a “very prominent” IOC Vice President who “is greatly influential and greatly appreciated by all the Olympic family,”.

“You have many successful athletes. In the meantime, you have organized almost all the major world sports events, starting from the Olympic Games, down to many regional championships, world championships, etc. So, China is really at the center of the Olympic movement, and we are very happy to see China playing this important role.

Bach’s florid reply has a sinister undertone. A state famous for influencing international bodies to get its way has been the driving force behind the IOC for almost 40 years suggests that Chinese role in the IOC is not just limited to being a great team player, but as instances and shreds of evidence have suggested that they have been used to deliver Chinese diplomatic advantages.

While China has been the IOC’s apple of the eye, Russia suffers greatly at the hands of the sports governing bodies. Russia, China’s most important “strategic partner” in world politics was banned by the WADA(World Anti-Doping Agency). WADA banned the Russian name and flag for four years from major sports competitions, including Olympics and world championships.

But CAS (Court of Arbitration of Sports) cut short that ban in half, from four years to two. The CAS is designated to be an independent organization, but how independent it is can be showcased by the arbitrators appointed into the CAS.

China, as mentioned by Bach, is one of the only three permanent members of the Olympic summit. Yu Zaiqing is the IOC Vice President and a greatly “influential” individual, moreover, Four members are appointed by the IOC in the CAS to arbitrate on matters of International Olympics disputes and conflicts.

This underlines that CAS, even though it calls itself highly independent, is just made up of different organizations especially the International Olympic Association which reeks of Chinese influence from top to bottom.

The CAS’s verdicts always seem to overturn decisions of other sports bodies in favor of China or states and individuals with cordial relations with China as the Russian decision underlined. Moreover, While Russia was also banned from bidding for the next two Olympics, the CAS decision means even that ban could also be overturned.

In another incident which showcases of growing Chinese influence in the IOC, CAS, and Switzerland, Chinese swimmer and triple Olympic champion Sun Yang, who was under an eight-year ban were overturned by the Swiss Federal Supreme Court on grounds of bias. Sun was accused of destroying a blood vial with a hammer in September 2018 when collectors visited his home for an out-of-competition doping test. This means that Sun would be free to compete in the Tokyo Olympics until his case is heard again.

In 2014, Sun had already served a three-month-long doping suspension, thus the Courts’ rule to overturn the decision and giving him another chance reeks of propaganda, as the ban had sent shockwaves to the Chinese sporting world.

This clear pattern by the IOC, CAS, and now even the federal court of Switzerland of banning and overturning those bans is clear. Marred by Chinese influence these organizations very cleverly try to showcase themselves in a civil light with utmost righteousness and independence of the highest order. But internally, it is the same Chinese influence that runs through the veins of these governing and arbitration bodies of Courts and committees.