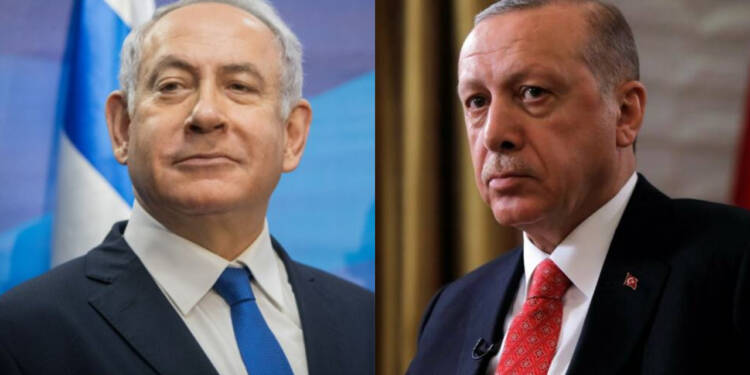 From challenging Saudi Arabians and dreaming to be the 21st-century caliph, to now re-establishing full diplomatic relations by March — after two years of diplomatic hiatus, everything has boomeranged on Erdogan. The natural course of International Relations and Foreign Policy has shown the Turkish autocrat his position in the international pecking order. While the European Union and the USA kept warning Erdogan of the possible sanctions, he did not believe them and kept up his foolish activities. And now as the USA sanctions are a reality, with possible EU sanctions on the way, the President of Turkey has taken a hard U-turn.

Now, even with Turkey saying that they want better relations with Israel, which had long been the Turkish ally in the region, but after the extreme-Islamic turn of Turkey under the leadership of Erdogan, relationships deteriorated exponentially, with the two countries bringing back their Ambassadors from the respective countries.

Now, with the US sanctions in place, and the country reeling from the economic downward spiral, Ankara has decided to mend its relationship with the Jewish nation. Now, Turkey is looking to appoint its first Ambassador to Israel in over two and a half years. And sources say that Turkey has chosen a Jerusalem-educated diplomat for the big job.

This must have come as a big surprise to the Pakistanis, who were backing on the hype that they can show attitude to their benefactors in Saudi Arabia and UAE because Turkey and the mythical TV series from Turkey had their back. But, now as Turkey found itself in the corner, Erdogan mended his ways and got back on appeasing the big guns of the EU and the USA.

The endless wars, the quest of creating an Islamic world, and the unquenchable thirst of being proclaimed a caliph has simultaneously pushed Turkey to the verge of economic fallout. First, Putin took away the possible gains that he could have made in the Nagorno-Karabakh conflict, and now the EU is also coming at the Turks as Greece and Cyprus, are making a sustained effort to slap sanctions on Ankara.

Read more: ‘They were asking for it, they got it,’ Trump finally imposes brutal sanctions on Turkey and Erdogan did not see it coming.

However this is what exactly has happened and now Turkey has increased its economic and strategic cooperation with China, which is a fancy way of saying that Turkey has accepted the overlordship of the Chinese. China, like its good old self, has agreed to invest and cooperate with Turkey, which we all know, isn’t going to end well.

Read more: Turkey came in like it’s going to dominate the entire Middle East. Now, it’s just looking at China to rescue it.

Erdogan has recently said that Turkey would like to flip a new page in their relations with Israel and the USA as Joe Biden takes office. This statement was significant on two counts, one, Erdogan acknowledged that the Joe Biden led government may be more aggressive on Turkey and thus, he wants to clear all the bad air from the beginning and two, that Turkey has abandoned all the allies which were congregating around it as Ankara was taking an anti-Israel and anti-Saudi stand.

With this boomeranging of his foreign policy in such a short time, Erdogan has lost on all accounts. He will not be able to gain the unquestionable faith of its previous western allies and by abandoning the likes of Pakistan and Malaysia, he has lost the once in a century’s opportunity to lead even a small flock of countries. Yet, if Turkey can get out of the economic slump, it will be a good transaction against Erdogan losing his spine.