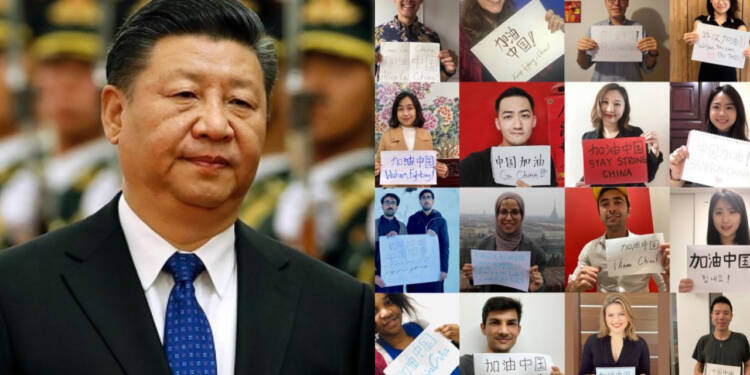 Beijing’s soft power diplomacy in education is dented in coronavirus pandemic as thousands of young people wait to learn whether they will begin their studies back in the country. This has affected developing countries’ foreign students the most, particularly the African students, meanwhile China freely allows business travellers to move back and worth.

China’s diplomatic practices, the wolf warrior diplomacy, debt-trap diplomacy, and other aggressive and belligerent actions have already proved costly to China as its approval rating had sunk. The biggest reason was the China-virus induced pandemic that crippled the world’s economies. But now, China’s handling of the students or rather than mishandling of its foreign students have dipped its soft power to its lowest as it is being criticised by the students who had once looked at China with hope now are criticising it for its activities.

Hundreds of thousands of international students – many from developing countries – who left China in the first wave of the pandemic of coronavirus are faced with difficulty and confusion, with no mention from Beijing when they are going to return to college.

In March, Beijing revoked all visas as the pandemic restrictions were enforced across the world. Although China’s international arrival policy for various countries has since gone back and forth since restrictions on foreign visas for students have remained largely unchanged.

As a cause of its success in suppressing the virus, China has welcomed its strict entry criteria, but the cost to its soft power problem has yet to be calculated.

The Chinese foreign ministry did not respond to specific questions from the SCMP regarding the number of students affected by the new visa policy, or the timeframe for their return, but issued a statement:

“The Chinese government pays great attention to the security of the legal rights of foreign students in China and calls on all higher education institutions to maintain close ties with students outside the border, organize proper online lessons and respond to the fair demands and demands of students”.

But this certainly has not been the case.

“They have allowed business travellers … why not us? Now we know we mean nothing to [China].” A student who did not wish to be identified due to the political sensitivities involved said to South China Morning Post. He was one of 6,500 international students who signed an online petition calling on China to open its borders to them. They have also organised a campaign on social media, using the hashtag #TakeUsBackToChina.

#takeUsBackToChina
Who remember that time when we thought China loves us and will support us like we did ?
We were feeling hurt when China was in pandemic but now they hate and banned us and laugh at our countries @SpokespersonCHN @MFA_China

China has been a popular study destination for students from developing countries, with good quality, affordable education and generous availability of scholarships, thanks to the soft-power benefits of welcoming international students.

According to data from the education ministry, the number of government-funded foreign students has risen almost six-fold over the past 10 years. 40 per cent of all new foreign students earned the Chinese government sponsorships in 2016.

However, as many students are now languishing in their respective countries waiting for their cancelled visas to be accepted to re-enter China to complete their courses, the chance has now turned into misfortune for these overseas students.

A British PhD student said, “The most frustrating part to me is that there has basically been no communication between the government, the school and us, international students, “I know the pandemic situation keeps changing around the world, but at this point, they should know whether they will let students back next month, and I think they should make announcements so people can decide whether they should continue with their studies.”

I got blocked from a #Government official. Wow! We trusted #China with our money and future and this is how we are being treated. #help us @BBCWorld @CNN @cnni @AJEnglish @AJENews #takeUsBackToChina #takeusbacktoschool #SaveOurFuture #internationalstudentsChina pic.twitter.com/zMJ6wzANvv

The Chinese mishandling of its foreign students is another act of diplomatic naivety. Foreign national students are a good source of promoting soft power. China’s absence in providing any certainty to students and at the same time providing safe passage and allowing businessmen to travel unchecked has opened up a hypocritical debate which will surely damage China’s standing as a potential educational hub. The 6500 students that have been stranded without their stipends and the looming uncertainty will harm Chinese institutions’ image and their potential to attract more students.