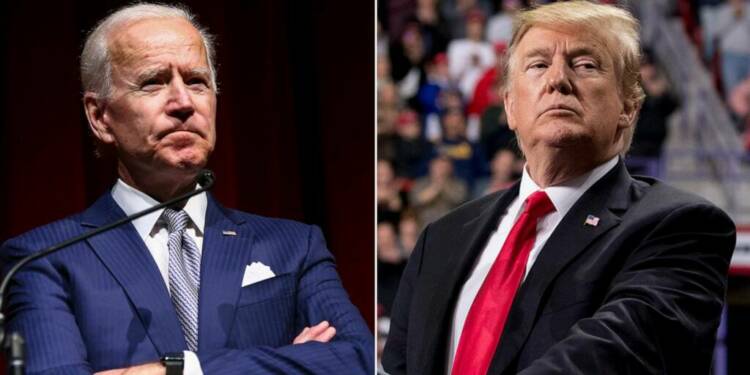 Trump may have been defeated in the controversial American Presidential polls last month. Yet, the 74-year old Republican continues to fight for the US economy against the deep State. He continues to uphold that the American taxpayers’ money should be used for the welfare of Americans, instead of being used for “foreign countries, lobbyists and special interests.”

In fact, Trump and Biden are now locking horns in a final showdown. The incumbent US President has refused to sign into law an $892bn COVID-19 Funding and Relief Bill. Trump’s veto move has triggered a fresh face-off between Trump and Biden. Trump himself has been voted out of power, yet he remains concerned about taking the American economy in the right direction.

The Democrats led by Joe Biden are meanwhile mounting yet another smear campaign against the Republican President. Biden accused him of abdicating “responsibility” which could have “devastating consequences”.

The President-elect also said, “It is the day after Christmas, and millions of families don’t know if they’ll be able to make ends meet because of President Donald Trump’s refusal to sign an economic relief bill approved by Congress with an overwhelming and bipartisan majority.” He added, “This bill is critical. It needs to be signed into law now.”

But this is where the Democrats are making false accusations. The COVID-19 Economic Relief Bill is actually a misnomer, and to quote Trump himself- “a disgrace.”

The US President said, “it’s called the COVID Relief Bill, but it has almost nothing to do with COVID.” He added, “This bill contains $85.5 million for assistance to Cambodia, $134 million to Burma, $1.3 billion for Egypt and the Egyptian military, which will go out and buy almost exclusively Russian military equipment. $25 million for democracy and gender programs in Pakistan, $505 million to Belize, Costa Rica, El Salvador, Guatemala, Honduras, Nicaragua, and Panama.”

So, the much-hyped Relief Bill actually wants to devote a fortune to countries like Pakistan, which will most probably spend American money in running terror camps.

With the COVID Relief Bill, Democrats actually want to impose their own ideology upon American taxpayers. Trump said, “The bill also allows stimulus checks for the family members of illegal aliens, allowing them to get up to $1,800 each. This is far more than the Americans are given.”

And what do the hard-working American taxpayers financing the $900 billion package splurge get out of this Bill?- a meagre $600 each in relief payments. Trump continues to care for Americans. He has accused the Congress of “sending the bare minimum to the American people who need it.”

It’s not as if Trump doesn’t want to cooperate. But he won’t let the Congress take Americans for a ride. The US President insisted, “I am asking Congress to amend this bill and increase the ridiculously low $600 to $2,000 or $4,000 for a couple.” He is also asking the lawmakers to “immediately get rid of the wasteful and unnecessary items from this legislation” and send a “suitable bill or else the next administration will have to deliver a COVID relief package.”

Pakistan emerges as the biggest loser in the Abraham Accord era, and it can’t even count on its last friend Turkey