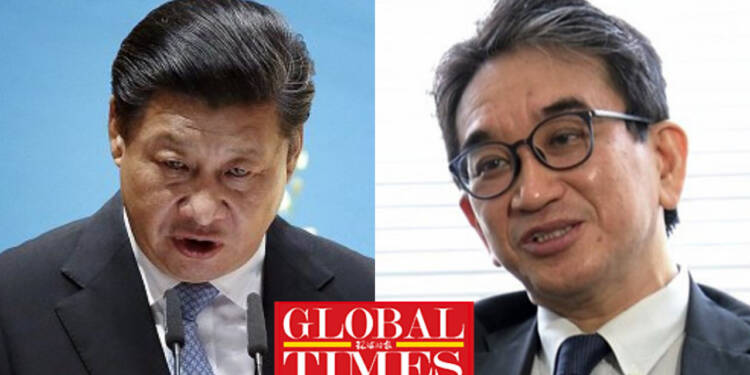 Japan’s newly appointed ambassador to China, Hideo Tarumi, an alumnus of Japan Foreign Ministry’s ‘China School’ for diplomats, showed schooled China like a university professor when he highlighted the sense of contempt and disrespect for China, that has floated in the minds of people in Japan and everywhere else in the world.

The diplomat from Japan who is fluent in Mandarin has also served in the official capacity in Taiwan and Hongkong. This means that the person representing Japan right now in Beijing is someone who knows China to the core and he is well aware of its motives and ideologies that govern those motives.

Public opinion about China has deteriorated greatly in recent years. A recent poll in Japan conducted by the Beijing-Tokyo forum showed that a mere 10 per cent of Japan’s population held a positive opinion about China. The newly appointed ambassador was stating the facts given the background of Chinese foul play in the spread of Wuhan origin Coronavirus pandemic which brought devastating effects to people in almost every country of the world.

About 3,155 Japanese citizens have died so far because of the pandemic and Japan also had to postpone the plans of organizing the coveted Summer Olympic Games. The postponement has caused Japan an unprecedented loss of approximately 640 billion Japanese Yen, which means about $6 billion.

Also, the illegal implementation of draconian national security law in Hongkong which intends to suffocate the freedom enjoyed by Hongkongers is widely seen as the reason for widespread hate for Xi Jinping and his CCP government. Such behaviour of China has fuelled the tensions between Beijing and Tokyo immensely. Japan’s new ambassador Tarumi told China that it is high for China to introspect and “look into the reason for such negative sentiment about Chinese”.

Read More: ‘Italy caused coronavirus,’ WHO teams up with China to create the biggest news spin of the era

The idiotic Chinese state media on the other hand calls the reason for its negative image overseas a conspiracy of the US and other countries. The Global Times outrightly rejected the poll and even went to the extent of calling itself the leader of a global war against the coronavirus pandemic. This epitome of irony displayed that the very ‘honest and responsible’ Chinese media can easily fit into the role of an out of work stand-up comedian. This Chinese behaviour is similar to a robber who is trying to rob a bank but gets caught in the act and then says that he was just trying to see if the money was safe.

Japan has been consistently pressurizing China on different fronts, with the strengthening of the QUAD structure and bringing European friends into the South China Sea, the efforts done during Prime Minister Abe’s tenure have been unprecedented. The recently conducted Malabar Exercise and the inclusion of more friends from Europe in the Indo-Pacific alignment show that China has no gully left to escape.

Even in the new administration of Prime Minister Suga, Japan is intent on staying consistent in putting its knees on China’s windpipe. Japan and China, though heavily dependent on each other in economic terms, have some long-standing issues which China tries to raise from time to time to indirectly pressurize the US. One of such important issues is the Chinese claims on Japan’s Senkaku Islands.

The polite but stern rewarding from the new Japanese ambassador should come as a warning for the ‘paper dragon’ to realize its boundaries and stop pursuing the provocative stances. Japan is thus, bringing China and its people more agony than joy.