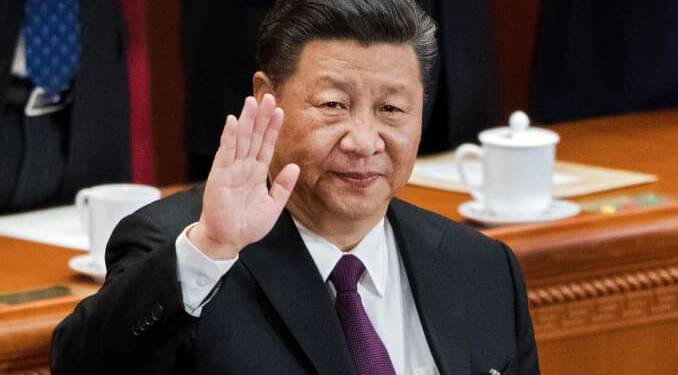 2020 will go down in history as the year of Chinese belligerence. With its salami-slicing tactics and wolf-warrior diplomacy, China has picked more fights than it can handle. Throughout the year, Beijing behaved like a bully who misbehaves with every other student in the school, but now no one likes this bully and thus the student has to sit alone.

However, China cannot handle isolation any longer. Now, it is going to behave like a docile student who bullies others for the entire year but when the final assignment approaches, it tries to befriend anyone. Nonetheless, its basic nature will never change and it will ultimately go back to its belligerent ways.

Signs of a drawdown in Chinese belligerence are actually already becoming visible. Consider this- China’s salami-slicing tactics had started with belligerence in the South China Sea, the East China Sea and Eastern Ladakh. Initially, China acted as if it didn’t care about the sensitivities of the ASEAN, Japan and India.

But in course of time, China realised how it was getting diplomatically isolated in the Indo-Pacific region. Also, the QUAD and the ASEAN have come together to keep the Middle Kingdom in check. So, we saw Beijing push for a South China Sea Code of Conduct with the ASEAN.

Similarly, Beijing tried to get over the Sino-Japanese tensions due to Chinese transgressions into Japan’s waters near the Senkaku Islands. Without much success, China keeps trying to induce Japan into inviting the Chinese President for a State visit- a trend which will continue next year.

In India’s case, the standoff between the Indian Army and the Chinese People’s Liberation Army (PLA) in Eastern Ladakh is not showing any signs of abatement. Yet reports of disengagement plans keep appearing every now and then. Beijing has been given a bloody nose by India at the Line of Actual Control (LAC), and the Chinese government is now looking to save its face with a graceful exit.

As for China’s wolf-warrior diplomacy, the Middle Kingdom was found trying to appease European nations- again without any success. In fact, China’s Foreign Minister Wang Yi even went on a damage control tour to five European nations- Italy, the Netherlands, Norway, France and Germany. He even tried to bolster Sino-European ties on this tour, albeit without any success.

The European Union remains a valuable trading partner for China, at a time when no one wants to do business with the Communist nation. Yet, it is unlikely that the EU will befriend China, especially after China’s most important partner in the EU- German Chancellor Angela Merkel retires from active politics.

Similarly, in case of the US and Russia, China will look to befriend both of them. With the incoming Biden administration, the White House is expected to go soft on Beijing. Similarly, China wants to befriend Moscow as Biden is expected to take a tough stand against the Kremlin.

China is going to turn docile and try to befriend every other nation on the face of the planet. Yet, it is going to remain inherently expansionist. Beijing will never stop eyeing illegitimate maritime space in the South China Sea, nor will it finalise its borders with India. Similarly, Beijing won’t end the Senkaku Islands dispute, nor will it stop eyeing the Russian Far East and the Arctic region.

2021 will witness a superficially new China- one that learns to behave in accordance with international comity, at least temporarily.