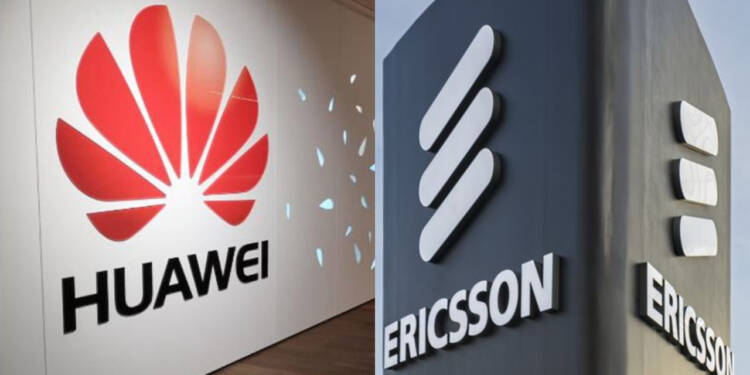 The countries in the European Union for long were kowtowing to China and Xi Jinping, but it all changed since the outbreak of the pandemic. The countries are now able to easily see through the facade of the Chinese goodwill Belt and Road policy and its megalomaniac intent to become a neo-imperialist power. In line with this, a slew of European countries including Sweden banned Chinese companies like Huawei and ZTE to participate in its 5G network construction.

However, the criticism regarding the policy is coming from the very companies which are poised to gain from the ban. As per news reports, CEO of Ericsson Börje Ekholm has sent text messages to the Swedish Minister of Commerce Anna Hallberg, threatening her that Ericsson will leave Sweden unless the port ban on ZTE and Huawei is removed. At a time when the countries in the EU are forming an anti-China sentiment which is a clear reflection of the majority public view, these kinds of threats will only become counterintuitive. The action has made Ericsson a middle man which is lobbying for China and this will be the beginning of the end of the company and its fortunes.

Read More: Romania says no to Huawei, and that marks the final victory of Donald Trump over Xi Jinping

Ekholm has been very moderate in public in commenting on PTS’s decision, but in his text messages, he has urged the government to take action and change the authority’s decision and even went to the extent of stating that there will be consequences. In one of the messages he said, “It’s interesting to note that while we’ve talked to several Swedish law firms, no one wants to go out and help Huawei. Unfortunately, there are a lot of cowards”. These are very strong statements considering that the head of the company is batting for a competing company in the same sector.

The actions become all the more obvious when we look at the China story of Ericsson. Ericsson is about 10 per cent of the Chinese 5G market, and the company is also heavily dependent on Chinese subcontractors. The Chinese ambassador said in the autumn that the exclusion of Chinese companies from Swedish 5G networks will harm Ericsson’s operations in China.

In addition to this, Ericsson depends on Chinese equipment from Panda Electronics, a Nanjing-based manufacturer, which appears on the Pentagon’s latest list of Chinese companies linked to the People’s Liberation Army (PLA). Panda Electronics, it turns, has a joint venture in China with Swedish giant Ericsson, a major supplier of equipment used by Australian telecom network providers Telstra and Optus. Similar arrangements are in operation throughout the world and the statements by the CEO of Ericsson are a testament of China’s hold on world companies.

However, the world is currently on a determined spree to take on these Chinese structures, as well as, monopolies. And, actions by many states have been in line with this emotion, starting with the US President Donald Trump’s policy of Trade War. The White House had decided to push the envelope to counter semiconductor monopoly of the Chinese. Trump’s administration had blacklisted Semiconductor Manufacturing International Corporation (SMIC), China’s largest semiconductor manufacturer. This single move sent shockwaves in China’s tech sector and impairs it permanently.

Read more: If the Huawei ban was Trump’s punch on the face of China, SMIC ban breaks its back and kills any chances of a comeback.

However, in such a tense trade environment, people like the CEO of Ericsson are taking China’s and it will come back to haunt them. The fact that Ericson has chosen the side of China and not its origin continent means that the people will have a long-lasting discontent with the company. Moreover, what might look profitable to the company in the short run will be the undoing of the whole firm in the long run.