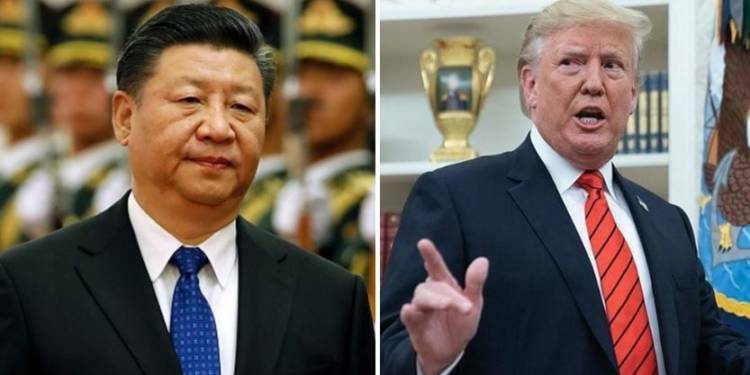 Trump has waged a tech war against China. And there are many Chinese tech giants on the Republican leader’s radar. But his biggest campaign has centred around Huawei–China’s biggest private company–with ambitions of dominating global 5G networks. The US President started by persuading other nations to exclude Huawei from their 5G networks and later banned the sale of semiconductors manufactured on secret American designs to China in a bid to kill the Chinese tech industry.

Semiconductors are essential for every kind of tech equipment from smartphones to satellites, and China is almost completely dependent on US chip tech for semiconductors. Now, the White House has decided to push the envelope. Trump’s administration has blacklisted Semiconductor Manufacturing International Corporation (SMIC), China’s largest semiconductor manufacturer. This single move can break the back of China’s tech sector and impair it permanently.

SMIC was already on Trump’s radar. The chipmaker was added to a blacklist of alleged Chinese military companies earlier this month. But now by formally blacklisting the company for having alleged Chinese military ties, Trump is ensuring that SMIC is no longer able to access advanced American technology. US Commerce Secretary Wilbur Ross said, “We will not allow advanced US technology to help build the military of an increasingly belligerent adversary.’’

Meanwhile, China’s President Xi Jinping has been left befuddled by Trump’s aggressive move. Beijing has even accused the US of “bullying” and has said that it “firmly opposes” Washington’s move that can hurt China’s biggest chipmaker.

Partially State-owned SMIC is Trump’s most high-profile target in China. And Xi Jinping can go to any extent in order to save it from Trump’s fury. However, desperate Chinese measures may be doing more harm than good. Recently, SMIC appointed Chiang Shang-Yi, who was the former Co-COO of the Taiwanese TSMC as its Vice-Chairman.

The appointment of an executive from a rival entity was followed by a sudden resignation by the chipmaker’s Co-CEO Liang Mong Song. Liang was a key official within the SMIC who spearheaded most of the chipmaker company’s research and development progress. So, the SMIC seems to be already passing through a turbulent phase.

For Donald Trump, bringing down SMIC is a shortcut to winning the ongoing US-China tech war. Through his latest move, Trump has ensured that American companies will need to get a license before selling cutting-edge technology to SMIC. Also, the US Commerce Department has explained that technology for producing the most advanced chips, that is, 10 nanometers or smaller, will face the “presumption of denial.’’ Other items will be assessed on a case-to-case basis.

Trump has already blocked the sale of semiconductors based on secret American designs to Chinese companies. For Chinese tech giants, the semiconductors are a matter of survival. Now, if the biggest Chinese chipmaker also runs into trouble, then the Chinese tech sector might as well get choked due to lack of the most important component driving the industry.