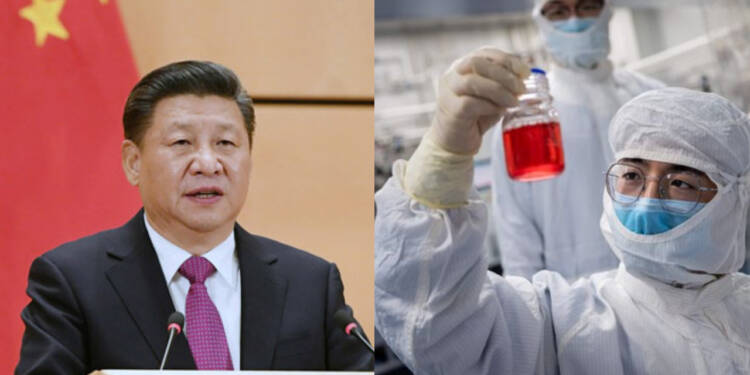 Since the summer, China has inoculated millions of its citizens with vaccine shots against COVID-19 under its emergency guidelines. It has only recently cleared a vaccine shot produced by a subsidiary of state-owned vaccine maker Sinopharm for large-scale commercial use.

The data of the first two days of the vaccination drive suggests that close to 79,000 people have been inoculated. However, despite having vaccinated millions under emergency authorisation guidelines and now looking to outpace President Trump’s Operation ‘Warp Speed’ by inoculating 50 million more people by February, Chinese cities are asking people to stock up on emergency supplies, particularly anti-infection and anti-flu medicines.

In a development which bears testimony to China not trusting its own vaccines and also fearing severe allergic side-effect among all those who are administered the dubious jabs. Wuhan city administration has asked people to stock up on anti-infection and flu medicines as well as masks.

Additionally, citizens have also been asked to stockpile daily necessities and first-aid products. The same was reported by Chinese state-media tabloid, Global Times, which cited the possibility of another major outbreak in the coming weeks as an excuse for the Wuhan Emergency Management Bureau issuing the desperate order.

Ahead of the Lunar New Year festivities in China, which witness large scale domestic travel and chances of COVID-19 engulfing the whole of mainland once again are substantially high, the very reason why the middle kingdom has asked citizens to be prepared.

Global Times quoted it’s signature ‘experts’, “Mobilising citizens to stockpile supplies in an emergency, is a lesson that China has learned from the COVID-19 epidemic…Drawing from this lesson, China is building a system of material storage for emergencies, and household stockpiles are an essential part of that effort.”

While Chinese state media is working overtime to deflect attention from the desperation of CCP authorities who fear severe allergic reactions among people to the vaccines being administered and also in general doubt the ability of their jabs to prevent citizens from contracting the virus, the country’s vaccine makers are fudging vaccine efficacy data to make their candidate more appealing both domestically, and in the eyes of the global community.

TFI had earlier reported how Chinese company Sinovac Biotech Ltd., which has developed the mediocre jab – CoronaVac, had asked its Brazilian partners to withhold the release of complete data. While the company has been sent packing from many countries, the CCP has now resorted to test failed vaccines and even sell the same commercially to its own citizens.

To the same effect, Deputy Commissioner of the National Medical Products Administration, Chen Shifei informed that the company will be required to submit follow-up data as well as reports of any adverse effects after the vaccine is sold in the market. Essentially, China is now mass-testing its vaccine on its own citizens and also anticipating severe adverse effects to the same among many individuals, including deaths perhaps.

Read more: ‘Take the CCP vaccine even if it kills you,’ China forces failed vaccine on its people

Recently, China had capped CoronaVac’s efficacy at 79 per cent, days after the jab was found to be only about 50 per cent efficacious in Brazil, while the UAE citied the levels to be around 86 per cent. Turkey, meanwhile, quoted CoronaVac’s efficacy levels to be close to 91.25 per cent. It thus becomes clear that there is no unanimity around the world on the Chinese vaccine’s efficiency, which is why the CCP has taken matters into its own hands and made millions of Chinese citizens, guinea pigs to ascertain the shot’s actual efficiency.

Needless to say, an unreliable vaccine produced in China, which already has a history of major vaccine blunders clouded by unsafe production means, will most definitely have adverse reactions on the people receiving the jabs. Wuhan, the epicentre of the pandemic, is at the forefront of preparing itself against severe adverse reactions among people receiving the shots, which is why it has asked them to stock up on medicines to subvert the side-effects of the unsafe vaccine.

An unsafe vaccine being administered to Chinese citizens with no known effectiveness against the virus might just end up putting an excessive load on the virus strain to survive, further forcing it to mutate into a much more dangerous form, which will once again send the world into a fit of uncontrollable chaos.