After stealing rice from Myanmar, China seeks rice from Laos as it faces massive grain shortage 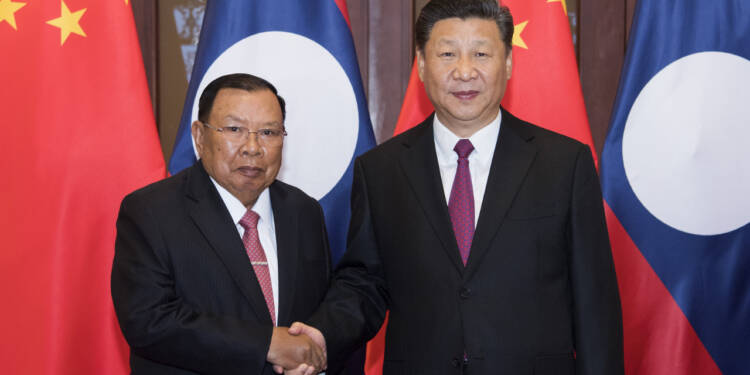 China has to be applauded for the fact that it can forge the statistics so well, that even international organisations go along with its lies. However, forging statistics does not lead to filled bellies of the Chinese citizens, and the real issue of massive grain shortage remains a grim reality. The latest reportage on Laos shipping 2,000 tonnes of polished rice in January as part of a trade quota agreement between Laos and Chinese governments.

As per reports, more rice will be sent to China to fulfil the total target by the end of 2021 said the Laos Ministry of Industry and Commerce. It is expected that the new railway lines will boost the supply and fast-track the process of the transport of rice to China. It seems to be the case that, even after stealing rice from the farmers of Myanmar (quite unbecoming of a big power), it is not able to flatten the deficit of grains.

All the deals with smaller countries to manage the grain shortages means how misplaced are the priorities of the Chinese Communist Party. While its people are facing acute winters and food shortages, China’s President Xi Jinping is busy feeding his bottomless pit of ego.

Even before this, as per The Irrawaddy, some rice traders in Myanmar are looking to seek help from the Ministry of Commerce and Chinese officials regarding a Chinese trader identified as Luo Jianfang.

According to the complaints by rice wholesale centre in Muse, Myanmar’s largest trading hub on the China border, Luo disappeared without paying for over 2.6 billion kyats, that is, nearly US$2 million worth of rice purchased from Burmese traders. The important fact here is that Luo also bears an indirect connection with the Chinese state showing just how acute China’s food shortage crisis could be.

As per U Min Thein, Vice Chairman of the Muse Rice Wholesale Center, Luo represents Zhongshang Affiliates (Zhong Shang Lian Hang). He said, “Luo signed all the agreements with Myanmar traders as a representative of the company. The traders trusted Luo, as they also have strong records of [doing business with] the company.”

Read more: China has no food and no money. Now, Myanmar is exposing China’s desperation for rice.

From these developments, one can easily distil the facts. It is clear that the Chinese are suffering from acute food shortages and this is not a singular crisis, given that the country is also facing a crisis in other sectors, including the energy crisis, courtesy the ban of coal imports from Australia.

In addition to this, since the pandemic has hit the world, Chinese citizens have been flooding into Vietnam for some sort of menial jobs, further showing the problems facing the country.

Read more: Hungry and poor Chinese have been flocking to Vietnam and now China is building a wall to save itself the embarrassment.

These grim facts about the food crisis in China are quite an embarrassment for the government of the second-largest economy in the world and the fact that the country’s leadership will let its citizen be subjected to these tortures, instead of explaining the problem and getting international help, goes to say a lot about them. However, countries like Myanmar and Laos are set to expose Beijing on this issue.

Is North Korea set to not only dump China but Communism too? Kim Jong-un’s tirades on ‘ideology’ reflect change