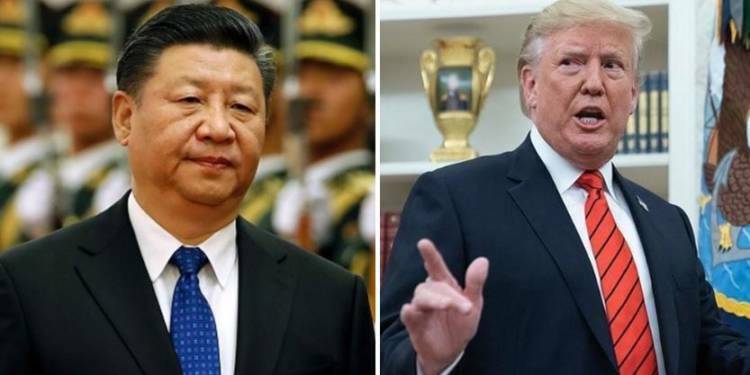 On Saturday, China fired back at the Trump administration with new regulations that would punish global businesses for complying with the tightening Washington restrictions on doing business with Chinese businesses.

The Chinese Ministry of Commerce reported that the regulations that came into force immediately were intended to address foreign laws that “unfairly prohibit or restrict” normal business practices for individuals or companies in China. It claimed that these steps were essential to safeguard the national sovereignty and security of China and to safeguard the rights of Chinese people and organisations.

The new rules released on Saturday will allow Chinese officials and businesses to strike back at those who interfere with those U.S. limits. The Chinese steps allow government officials to issue orders stating that such international sanctions do not have to be complied with by companies.

According to the Commerce Ministry’s notice, Chinese companies that suffer losses because of the compliance of another party with certain laws may sue for damages in Chinese courts. As China’s courts are ultimately accountable to the Communist Party, such a case will possibly lead to a win for a Chinese plaintiff.

The trade war between President Trump and the Chinese escalated, and the Trump administration barred Huawei, the Chinese telecommunications giant, and other companies from importing American technology. It also released laws punishing businesses for their links to the Chinese military and their role in the surveillance and repression by Beijing of mostly Muslim ethnic minorities in the far north-western Xinjiang region of China.

Under President Trump, Chinese companies have seen their access to the U.S. market increasingly limited. The administration has forbidden the use of American software or equipment by businesses around the world to produce Huawei-designed chips. The systemic human rights violations against Uyghur and other Muslim ethnic minorities in Xinjiang have imposed sanctions and blacklisted Chinese firms.

Earlier this week to comply with an executive order to put a stop to American investment in Chinese military-linked firms, the New York Stock Exchange, under pressure from the Trump administration and Congressional representatives removed three major Chinese state-run telecommunications companies from the exchange.

Chinese laws are biased and protect domestic corporations. The latest law will ensure that foreign companies will think twice before investing in China or linking up with a domestic Chinese manufacturer.

Chinese companies have been silently stealing designs and logos from major global firms. Be it Facebook, Starbucks, Apple, Google, Michael Jordon and Amazon, Businesses and Global superstars alike have for years fought local Chinese corporations over branding and naming rights.

Now with new laws which give more power to the domestic companies, it will become harder for foreign companies to fight against the Chinese state while at the same time be wary of the US sanctions.

Chinese companies are stuck in a conundrum, because either way, they will lose one of their biggest markets. But the downside of side-lining US sanctions will drown them in deeper waters elsewhere on the globe due to the reach of US foreign power relations.

While China is certainly a bigger market, the companies cannot allow themselves to be overly dependent on a single state with a track record of protecting domestic firms.

With the law passed by the Chinese state, it would only go on to alienate its market. Future companies will evidently look for more independent pastures while existing companies would look to disinvest and remove their supply chains in fear of getting sued either by the United States or the domestic Chinese companies. The prospect of getting sanctioned by the US government is graver. While getting sued by a Chinese company, the lawsuit will be protracted in hopes for an out of court settlement.

Twitter sent a rogue message when it silenced the US President. Now Indian lawmakers are all set to teach it a tough lesson

After stealing rice from Myanmar, China seeks rice from Laos as it faces massive grain shortage