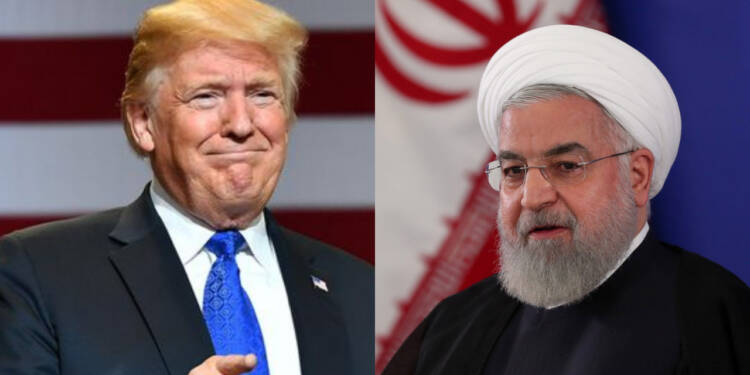 In the last stretch of its tenure, the Donald Trump administration is going down swinging by taking on its sworn enemies, one after another. Secretary of State Mike Pompeo on Sunday announced that Iran-backed Houthi rebels in Yemen will be designated as a “foreign terrorist organization”. Simultaneously, media reports are abuzz with the speculation that Pompeo is highly likely to re-designate Cuba as a “state sponsor of terrorism” in the coming next few days.

“These designations will provide additional tools to confront terrorist activity and terrorism by Ansarallah, a deadly Iran-backed militia group in the Gulf region,” said Pompeo whilst further adding, “The designations are intended to hold Ansarallah (Houthi rebels) accountable for its terrorist acts, including cross-border attacks threatening civilian populations, infrastructure, and commercial shipping. ”

Read: Yemeni War is the Single Bloodiest war in over 30 Years

The Yemen war that started somewhere in the middle stages of 2015 has now continued for over five years with the military stalemate between Iran backed Houthi rebels and government-backed by Saudi Arabia, the United States and other Western nations plunging the lives of millions of ordinary Yemenis into abject poverty and all-around destruction.

By cracking down on Houthi rebels, America is trying to send a message to Iran which has upped the ante in recent times, whilst salivating at the prospect of a much weaker leader in Joe Biden taking the centre stage. Iran knows that the Democrats will love to go back to Barack Obama’s policy of sitting across the table and working on the Joint Comprehensive Plan of Action or JCPOA, from which Trump had pulled it out.

Reported by TFI, on the first death anniversary of Iranian general Qasem Soleimani, Iran had sent a stern message to Joe Biden by seizing a South Korean chemical tanker near the Persian Gulf and resuming the operation to enrich uranium to up to 20 per cent purity, to develop the Armageddon nuclear bomb.

As for Cuba, Donald Trump has taken a tough line on America’s neighbour ever since he took charge and has rolled back several of the sanctions that the Obama administration had eased or lifted as part of a broader rapprochement with the communist island.

The Cuban government has been ostensibly supporting the current Venezuelan President Nicolas Maduro, which has not gone down well with the Trump administration. Nearly 60 countries including America had recognised opposition leader Juan Guaido as Venezuela’s rightful head of the state.

The U.S-backed opposition in Venezuela has spent years trying to dislodge authoritarian Maduro but so far nothing has worked. Therefore clubbing Cuba as a ‘state sponsor of terrorism’ is a means to stop the Latin American country from receiving any help from the communist state.

Furthermore, Havana’s connection with Tehran has further given the fodder to Trump and Pompeo to drop the hammer on the former. Cuba and Iran’s Foreign Ministers had met last year in November to mark an alliance against US sanctions which had angered Washington even more. Also, Communist-run Cuba is counting on Iran to supply it the indigenously developed ‘in-trial’ coronavirus vaccine as the US-sanctions mean that major pharmaceutical companies are wary of setting their foot in either of the two countries.

Trump is using his “maximum pressure policy” to keep Iran under the thumb by clipping its wings. The outgoing President has shown that it is possible to keep rogue elements under check but with Joe Biden assuming the chair in Oval office, it will be interesting to observe which road does the Democrat takes, for it will decide the fate of the Middle East.

Biden administration’s diplomacy will be put under the microscope by experts around the world and if it wilts back to Obama’s policies, it would not be hyperbole to say that team Biden lacks creativity and the diplomatic flair to deal with the modern-day threats and enemies – Iran being biggest of the either.