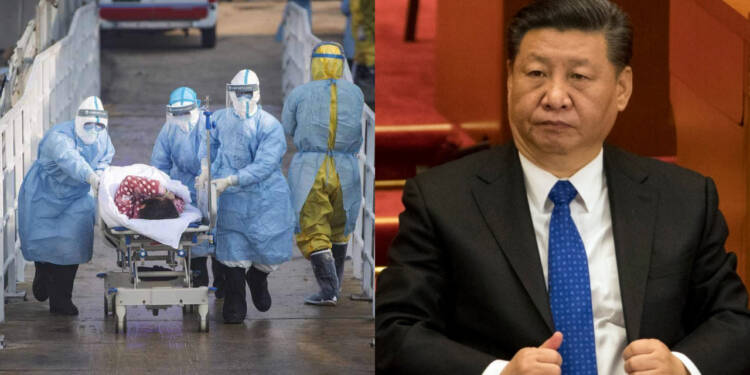 China was one of the few countries who were able to successfully forge the data and lie to the media about there dealing with the coronavirus. As if anyone would believe that the virus did not move beyond Wuhan and to other provinces of the vast Chinese territories. However, China was able to withstand the first Corona wave, given it was home-grown and the Chinese economy was in a condition which could bear the burden for a while.

Given the precarious situation the country is in right now, it will be entirely a non-possibility to tackle another wave, which is supposed to contain a mixture of multiple mutations, be it the one from the UK or the others. However, the country has been taken by surprise with the advent of the second wave.

China imposed new coronavirus curbs in areas near Beijing on Tuesday, putting 4.9 million people in Langfang city under lockdown as new infections raised worries about the second wave in a country that has mostly contained the disease. As reported by Reuters, China’s state planning agency said it expected population flows during next month’s Lunar New Year period to be “markedly less” than in normal years, with a bigger share of people choosing cars over other transport. Many provinces have issued notices urging workers to stay put for the festival.

Previously the Xi Jinping administration has put an entire city of 10.39 million people under complete lockdown to “curb infection”. At the same time, China denied entry to a WHO investigation team, as a part of its strategy to keep the world in dark about its COVID-19 situation.

Chinese state-owned newspaper, China Daily reported, “Shijiazhuang goes on lockdown to curb infection.” Shijiazhuang is the largest city in North China’s Hebei province. We can assume that the Corona outbreak has gone out of control in China, or why such haphazard measures. For the past several months, China was arguing that it has curbed the COVID-19 infection and that its economy was back on track. However, these recent lockdowns suggest otherwise.

Read more: After barring WHO team’s entry and a failed vaccine, China shuts down another city of 11 million people.

Now the Chinese Communist Party has granted permission to the WHO team to visit China. It was after, the CCP has forced deletion of hundreds of pages of crucial studies by the National Natural Science Foundation of China in the Wuhan Institute of Virology. Crucial studies, especially of bat-researcher Shi Zhengli – dubbed “Batwoman” were no longer available after having been deleted by authorities before the WHO-probe team coming sniffing around the crime scene that is the Wuhan Institute of Virology.

Read more: China invites WHO to conduct its free and fair probe into the origins of the Coronavirus is removing every single trace of it.

Given the deteriorating conditions in the big and populous cities of China, and the worsening economic condition, no amount of nationalistic fervour will help Xi Jinping save his position. The second wave of Corona has come just after one year when the COVID crisis hit the world. The Chinese present to the world is going back home and from the looks of it, Beijing will not be able to handle it.