‘Accept our nuclear status and we will move away from China,’ North Korea delivers a clear message to the world 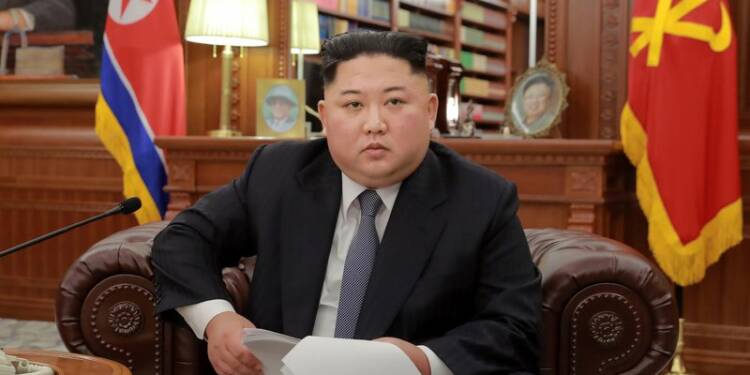 The secret-Communist regime of North Korea continues giving soft signals to the rest of the world about its intention to bridge differences with the West and move away from Beijing. North Korean Supreme Leader Kim Jong-un keeps hinting at his secret aspiration to negotiate better ties with the Western world. He also keeps talking about failure to meet economic goals with Pyongyang’s current ideology and the need to make North Korea’s economy big.

Now, Pyongyang is making it amply clear to the rest of the world that it is ready to help it contain China, provided that North Korea is allowed to remain a nuclear power. Kim vowed to bolster his country’s nuclear deterrence during a ruling party meeting. At the same time, he spoke about fixing North Korea’s economy. Also, Kim Yo Jong- the North Korean Supreme Leader’s influential sister has been demoted following her unruly remarks about South Korea.

Let us connect the dots for you. The Rocketman is under intense pressure to improve North Korea’s troubled economy. Recently, Kim even admitted that his country’s economic development plan had fallen short in “almost all areas”. He also called the last five years  “unprecedented” and the “worst of the worst” for North Korea.

This is quite relevant. Over the past few years, Pyongyang has been playing into China’s hands by turning extremely belligerent against Japan, South Korea and the United States of America at Beijing’s behest. But Kim’s pro-Beijing approach hasn’t helped Pyongyang. China-North Korea trade ties slid dramatically last year, while North Korea’s fragile medical infrastructure struggled to keep the Pandemic at bay. China is simply too fragile to help the North Korean economy sustain itself.

Then, Kim also said that North Korea’s economic problems would be possible only after “breaking with current wrong ideological viewpoint, irresponsible working attitude, incompetence and obsolete working manner.” So, Pyongyang is disillusioned not only about China but also rethinking its Communist model.

North Korea keeps giving soft signals to Seoul and Washington about its desire to resolve tensions. And now Kim Jong-un has also given another signal by demoting Kim Yo Jong. Formerly an alternate member of the Politburo, Kim’s sister has been ejected from the roster of top officials in the Workers’ Party of Korea (WPK). She has not been reelected to the Politburo and has been ranked number 20 on the Central Committee.

But why has she been demoted? Interestingly, her demotion comes just after she made some nasty remarks about South Korea. Kim Yo Jong said, “The southerners are a truly weird group hard to understand.” She added, “They are the idiot and top the world’s list in misbehaviour.” She made these remarks about authorities in Seoul, as they tracked a possible military parade in the North Korean capital at the weekend.

Kim Yo Jong’s demotion can easily be interpreted as a signal of goodwill from the North Korean Supreme Leader. He is telling Seoul that he would not be unnecessarily belligerent against South Korean authorities.