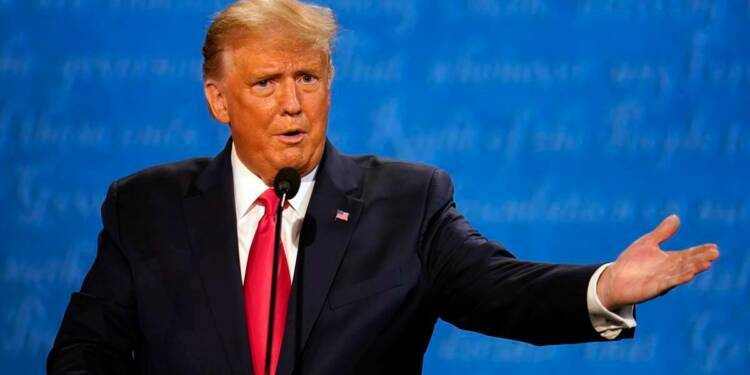 American President Donald Trump is leaving the White House, come January 20, paving way for Democrat leader Joe Biden and his liberal gang to take up the mantle of the world’s oldest democracy. However, such is the pre-monition of Trump roaring back to power in the next Presidential election that Democrats, in collusion with the ‘Silicon Sinister Six’ are going out of their way to stop Trump from returning to the power corridors of Washington DC.

On Wednesday, Trump became the first US President to be impeached twice in a single tenure. While the previous impeachment bid was foiled with relative ease by the Republican President, the Democrats are leaving no stone unturned this time to turn Trump’s apple cart upside down.

Democrats and 10 Republicans voted to impeach Trump on one charge: “incitement of insurrection.” The US Constitution says there are two ways to punish an impeached official: removal from office or “disqualification to hold and enjoy any office of honour, trust or profit under the United States.”

While Democrats have Trump impeached in the House, due to their majority – the ‘blues’ still need to go through the trial in the senate which for all good reasons, won’t happen until Trump is already out of office. Senate Majority Leader Mitch McConnell’s tenure expires on 19 January and therefore an entirely new set of leaders will be sworn in to even begin the trial.

The success of which depends on if the republicans vote for impeaching Trump. A two-thirds majority would be needed there to convict Trump, meaning at least 17 Republicans would have to vote for conviction, which seems highly unlikely at this point.

Noting the entirety of the situation, Republican Senator Tom Cotton said that the Senate lacks the constitutional authority to hold an impeachment trial for Trump after he leaves office on 20 January.

“The Senate lacks constitutional authority to conduct impeachment proceedings against a former president. The Founders designed the impeachment process in a way to remove officeholders from public office – not an inquest against private citizens,” remarked Cotton.

With the Senate trial route not expected to work in the favour of Democrats, the Democratic Representative and House Majority Whip James Clyburn have suggested using US Constitution’s ‘insurrection’ clause to bar President Trump from running for President again.

Proving that Trump purposefully ignited the mob to advance toward Capitol Hill will be a tough task for the Democrats. Trump in the tweet, called his supporters to ‘fight’ for what was right and that nowhere does translate into marching towards Capitol Hill and vandalizing the government property.

If that was the case, half of Democrat liberal leaders like AOC, Ilhan Omar would be taking the stand for inciting violence during the Black Lives Movement.

Read more: According to Western liberals and politicians, it’s violence only when right-wingers do it. BLM and Antifa were just cutesy street marches

The mainstream media in the USA has been a lapdog of the Democratic party for a while. Propounding progressive ideals, the MSM has been censoring the conservatives and even the President of the United States for a long time. And now, to counter Trump, the biggest opposition against the Democrats — the Big Tech companies have launched a full-blown campaign to silence the voice of the American President.

As reported extensively by TFI, social media platforms such as Twitter, Facebook, and Instagram have banned Trump’s accounts citing that Prez tried to incite the violence at Capitol Hill last week.

The holier-than-thou attitude by ‘Silicon Sinister Six’ is laughable, to say the least — for these companies have thrived on polarization and divisiveness of the society for years. Therefore, when these companies suddenly drop the act of an evil ghoul to play a good Samaritan—it seems a little hard on the stomach for anyone to digest.

Whatever happens in the next month or two, one thing is for certain, Donald Trump single-handedly took on the entire left-liberal cabal and left them battered, as well as bruised. The cabal had to coalesce everything in its arsenal to put Trump away and now fearing an impending defeat in the next Presidential election, they are trying to pre-emptively stop Trump from even contesting the elections. Talk about living rent-free in someone’s mind, eh?