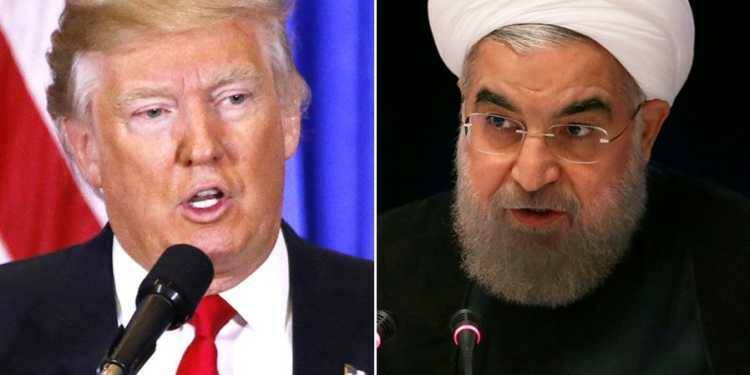 Donald Trump is going out swinging hard and it is Iran that is facing most the brunt of the American President’s ire. According to senior US intelligence officials, Israel on Tuesday conducted airstrikes in eastern Syria on Iran-linked targets with intelligence provided by the United States. It is being reported that the strikes targeted a series of warehouses near the Iraqi border, which were being used in a pipeline to store and stage Iranian weapons.

The massive airstrikes were the fourth reported attack by Israel against Iranian targets in Syria in the past two and a half weeks, a significant uptick in the normal rate of such strikes. The Britain-based Syrian Observatory for Human Rights, a pro-Syrian opposition organisation, said that the strikes hit 18 facilities and that 57 rebels were killed, at least nine of them Syrian soldiers and the rest Iranian militias.

The strikes were well planned as Secretary of State Mike Pompeo met Yossi Cohen, chief of Israel’s Mossad spy agency, at a public meeting, a day before the airstrikes took place.

However, is not the first operation conducted jointly by Israel and the US to hurt Iran. Though not confirmed by any of the parties, it is being insinuated that it was Israeli special forces who assassinated Mohsen Fakhrizadeh, a top Iranian nuclear scientist, in November last year, at the behest of the USA.

When Israelis and Arabs agree on so many things, it makes sense for the world to pay attention. After all, we live in this region. We know something about it.

With Trump brokering one Abraham accord after another in the Middle East to bring peace and stability in the region, it is Iran that is the biggest roadblock in the entire armistice process. With Democrat leader Joe Biden set to receive the keys to the White House in a week, Iran has upped the ante when it comes to nuclear bombs.

Reported by TFI, salivating at the prospect of a weak US leader who is certainly set to sit across the table with Tehran and ease down the sanctions imposed by Trump — Iran has resumed the operation to enrich uranium to up to 20 per cent purity, to develop the armageddon nuclear bomb.

Iran, the US, and the entire Middle East, which despises Iran cannot have the Shiite country develop a nuclear arsenal that can put the future of the entire region or world in jeopardy.

Consequently, Washington has been coming after Tehran with full force in the past few weeks. Reported by TFI, Mike Pompeo, last Sunday had also announced that Iran-backed Houthi rebels in Yemen will be designated as a “foreign terrorist organisation”.

Simultaneously, media reports were abuzz with the speculation that Trump was likely to re-designate Cuba as a “state sponsor of terrorism” in the coming few days.

Both Yemen and Cuba have the Iran nexus and the US is trying to hand shackle Tehran into submission. By cracking down on Houthi rebels, America is trying to send a message to Iran that its wings will be clipped everywhere it tries to force its way through — whether it be Syria or Yemen.

Furthermore, Havana’s connection with Tehran has further given the fodder to Trump and Pompeo to drop the hammer on the former. Cuba and Iran’s Foreign Ministers had met last year in November to mark an alliance against US sanctions which had angered Washington significantly.

Also, Communist-run Cuba is counting on Iran to supply it the indigenously developed ‘in-trial’ coronavirus vaccine as the US-sanctions mean that major pharmaceutical companies are wary of setting their foot in either of the two countries.

Trump administration is doing everything in its capability to stop Iran’s nuclearisation process by destroying it brick by brick. Alongside Israel, the US has managed to cause significant damage to Iran’s ghoulish dreams but with a change of residents happening in a week in White House, the world will have to wait and see for what Biden brings on the table – mediocrity or strong-willed determination when it comes to dealing with rogue elements?