Scarred by Donald Trump, a desperate Iran is taking up an aggressive approach to arm-twist Biden for concessions 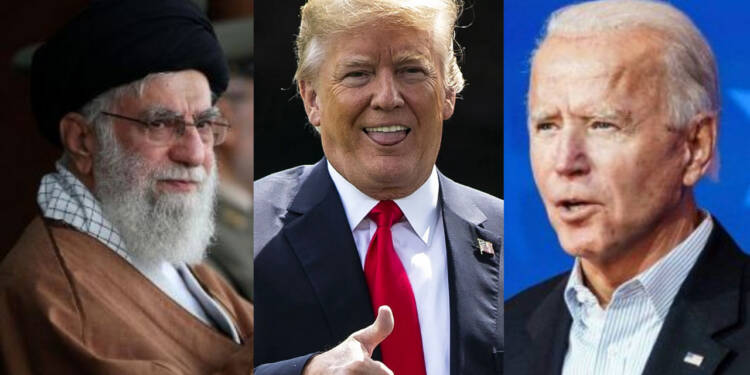 US President Donald Trump was the most realist President in the recent history of the United States. He was able to see through the facade of Iran Nuclear Deal and called it off even before Tehran could use it to further its desire to become a nuclear-powered nation. The Iranians since then have been sanctioned aggressively by Washington and have been left stranded economically. However, since the Biden Presidency became a fact, Iran seems to have become aggressive. It has realised that Biden will try to restart the Nuclear Deal and Iran can squeeze best possible deal from the Biden administration.

Thus, Iran wants to arm-twist the USA under the Democrats. Iran has said it will expel United Nations, nuclear watchdog inspectors, unless US sanctions are lifted by a February 21 deadline set by the hardline-dominated parliament. The very interesting point is the fact that the deadline is February 21, that is, around one month after the Biden administration comes to power. Making it aptly clear that Iran wants to gain the biggest concession from the new US government as it can understand with a desperate democrat government to reinstate the nuclear deal, Iran is in the position of dominance.

As reported by WION, Iranian Parliament passed a law in November that obliges the government to halt inspections of its nuclear sites by the International Atomic Energy Agency and step up uranium enrichment beyond the limit set, under Tehran’s 2015 nuclear deal, if sanctions are not eased. These are obvious signs which tell us that Iran may have already surpassed the agreed 2015 limits. And in an economic and social vulnerability, which was single-handedly dealt on Iran by Donald Trump, it is trying to get the most concessions from the new US government, just to go back to the deal.

Iran’s Guardian Council watchdog body approved the law on December 2 and the government has said it will implement it. Iran is already scared by the fact that the one crack in the gulf block that it could have utilized, Qatar has sided with the Saudis and its allies. Qatar is no longer obliged to get closer to Iran and Turkey; it may end up softening its usually critical narrative against the Saudis and its allies. The shift in Qatari narrative will make it easier for Saudi Arabia to its normalise relations with Israel and will, in turn, provide a path for Qatar to join the Abraham Accords as well.

Read more: It’s official that Qatar is not joining the Turkey-Iran axis and may soon sign the Abraham Accords instead.

It is pertinent to note that unlike Trump, Biden is expected to employ the strategic patience virtue while dealing with Iran, much-like former Democrat President Barack Obama. The rogue nation of Iran knows that Biden’s leadership is weak and therefore Tehran is engineering the aforementioned events to push the Biden administration on the back foot, even before it takes the center stage.

Understanding its upper-hand, Tehran announced that it had resumed enriching uranium to up to 20 per cent purity, a significant breach of the 2015 nuclear accord, thereby reducing the time it would take to manufacture the nuclear bomb.

“Iran enriching uranium to 20 per cent at Fordow is a clear attempt to increase its campaign of nuclear extortion, an attempt that will continue to fail. The United States and the international community will continue to look to IAEA inspectors to report the facts on the ground,” a US state department spokesperson said.

Read more: Preparations to make Iran a nuclear power is already underway even before Biden is formally declared President of the US.

As the process of Joe Biden ascending the office nears and the possibility of the Trump Administration taking strict actions depletes, we can see more arm twisting moves from Iran as it sees a bunch of democrats desperate to sign back the Nuclear Deal and claim the moral victory.

Is North Korea set to not only dump China but Communism too? Kim Jong-un’s tirades on ‘ideology’ reflect change