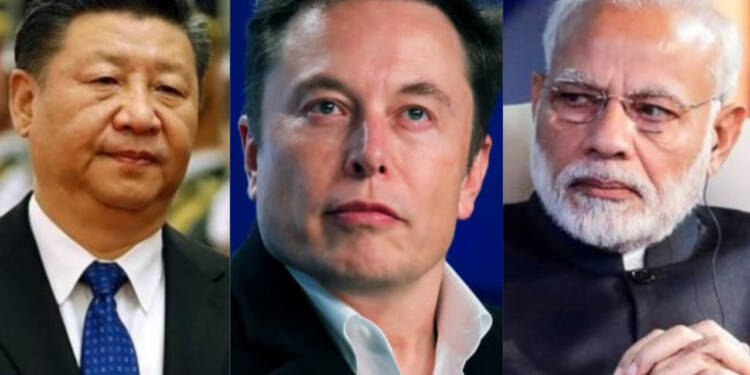 Tesla, the world’s biggest electric car maker has made its entry into India. It has registered itself as a company in Bengaluru as Tesla India Motors and Energy Private Limited. The Cupertino-headquartered electric vehicle (EV) maker eyes a slice of the largely untapped domestic sustainable automobile market.

Despite sweatshops, child labour and forced labour that are all very common for Chinese autonomous territories, Elon Musk has for a long time been a little too embracing of the Chinese Communist Party. In a recent interview, Musk sang intense praises of the Chinese Communist Party even at a time when Jack Ma faced state-sponsored intimidation and abuse, a significant example of China’s neo market capitalism.

Since Elon Musk decided to start manufacturing vehicles in Shanghai at the end of 2019, Tesla has been actively capturing market share in China, which helped lower its production costs and escape import tariffs. But even Elon Musk’s flirting with China and its officials seems to have failed to work wonders and he now wants the support of the Indian market.

The Indian Union Minister for Road Transport and Highways and Micro, Small and Medium Enterprises Minister Nitin Gadkari on Monday announced that in the early part of 2021 Tesla, the US company for renewable energy and electric cars, would “start” operations in India.

The Tesla CEO – Elon Musk on Sunday confirmed his India foray in 2021 in a reply on Twitter but said it would not happen in January.

No, but definitely this year

India has sought to reduce its oil reliance and reduce pollution; however, the failure to invest in fabric and facilities such as charging stations has hampered its efforts to encourage electric vehicles.

The new entity Tesla India Motors and Energy Private Limited, which has been registered in Bengaluru, Karnataka, is listed as a subsidiary of a foreign company according to a registrar of companies (RoC) filing. It has registered its headquarters in Lavelle Lane.

But Tesla’s rapid entry into the market is because Musk’s billions will be washed down the drain, as more and more EV companies prop up in China, armed to the teeth with State-backed laws and money.

Yang Hang, an Equal Ocean analyst based in Beijing put it very adeptly “People who are interested in buying a Tesla will also start learning more about other EV brands,” He added that the rise in the number of releases of EVs as well as continued government support would help increase overall sales.

And as predicted, top domestic EV makers including Xpeng, Nio and Li Auto each reported strong sales last year despite challenges from Tesla and Elon Musk.

Musk flirted with China, tried to ‘follow the party line’ of the CCP. Praised the Chinese state and China’s ‘Human Rights’ record and even claimed that the Chinese people are very happy with the Chinese government. Yes Elon, the Chinese are very happy under an authoritarian communist dictatorship because the CCP wants them to be happy.

But Tesla’s entry and market share in China is short-lived. And India has the capability and the market to maintain Elon’s riches.

Moreover, India, through a newly floated state-owned company, inked a pact with an Argentine firm mid-last year to jointly prospect lithium in the South American country that has the third-largest reserves of the metal.

Now, the company called Khanij Bidesh India Ltd is also looking to tap into the Lithium mines of Chile and Bolivia. The state-owned company was incorporated in August 2019 by four other such companies, namely – NALCO, Hindustan Copper and Mineral Exploration Ltd. According to the report, the companies have been tasked to acquire strategic mineral assets such as lithium and cobalt abroad.

Lithium is an important component of the Electric car engines as they use Lithium-ion as a major component. Lithium-Ion is the best way to store huge amounts of energy in small spaces.

Thus, India has begun its work to become a base of heavy operations for Tesla and other Electric Vehicle companies, as it has the market to support it. And now, with Tesla’s entry an infrastructure would be developed, as India looks to shed its dependency on oil and move towards a greener future.