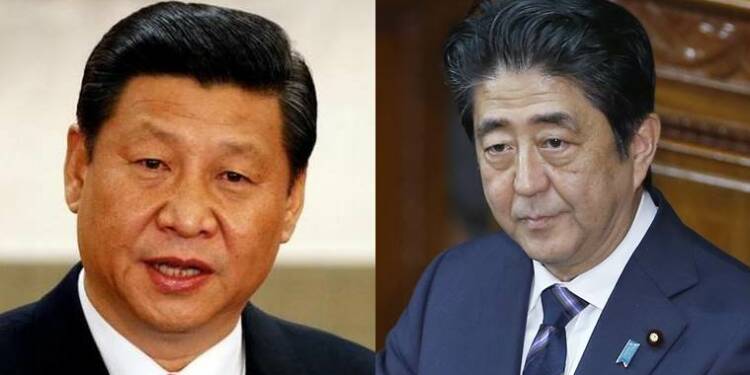 In a crucial development which is bound to irk the living daylights out of Beijing, former Japanese Prime Minister and geostrategic revolutionary – Shinzo Abe is all set to visit Taiwan this year, in a bid to further Tokyo-Taipei bilateral relations. Tokyo has never been a fan of the middle kingdom’s ‘One China Policy’, and the purported visit of Shinzo Abe to the island nation will most definitely signal to the Chinese in no uncertain terms that Japan is continuing on the path of strategic activism even when the country is being led by Yoshihide Suga.

It was feared globally that after the retirement of Shinzo Abe as the Japanese Prime Minister, the country would once again embrace a policy of pacifism and non-confrontationality. However, quite the opposite has happened with Prime Minister Yoshihide Suga at the helm of affairs in Japan. Shinzo Abe’s policy of Indo-Pacific pro-activism is being followed in letter and in spirit. Now, with the reported visit of Abe to Taipei occurring any time this year, Japan-Taiwan ties are set to hit the sky, much to Xi Jinping’s chagrin.

Democratic Progressive Party (DPP) Legislator Kuo Kuo-wen, chairman of a parliamentary friendship association for East Asia has said that Abe had accepted the association’s invitation to give a lecture at the Legislative Yuan this year. Although Shinzo Abe has not yet shared the exact dates of the visit, Taiwanese authorities and the free nation’s private sector remain highly optimistic about the former Japanese Prime Minister sending out a warning to China from their soil. In October last year, seven cross-party legislators had held a press conference, publicly inviting Shinzo Abe to visit Taiwan in 2021.

Read more: Nationalist without governmental obligations – Retired Shinzo Abe is turning out to be a bigger problem for China

It is no secret that Shinzo Abe continues to be a prime figure in Tokyo’s power corridors, and his words continue to drive the country’s foreign policy even under a Suga regime. Yoshihide Suga continues to follow Abe’s activist-approach across the Indo-Pacific. Needless to say, Shinzo Abe could not have visited Taiwan as Prime Minister, as that would potentially trigger a preponement of China’s inevitable plans to invade the island nation. However, after having retired, there is no stopping Abe from visiting the country which China bullishly eyes for itself. Shinzo Abe is no ordinary man in Japan after retirement. His visit to Taipei will effectively be a message to China that Japan has its policies crystal clear, and the freedom of Taiwan from the paper dragon’s hands figures most prominently therein.

Read more: Shinzo Abe – The man who dealt one of the biggest blows to China in 2020 and will continue to without being in power

Japan and Taiwan share some territorial and maritime disputes among themselves, pertaining to the exclusive economic zone claims of the two countries and fishery demarcations. These issues have not yet been resolved. Yet, Shinzo Abe’s expected visit to Taiwan is a testimony to the fact that the two countries are currently focussing on taking on the bigger challenge of China head-on first. Meanwhile, the possibility of Shinzo Abe arriving in Taiwan to engage in backroom talks in order to find a mutual solution to such disputes cannot be entirely ruled out.

It would not be hyperbole to suggest that given Shinzo Abe’s continuing stature in Japanese polity, his visit to Taiwan would be no less that of an official dignitary. Needless to say, China will not like such aggressive advancement of ties between the two rival-countries, even as Tokyo continues to deny entry to Xi Jinping for a state visit, citing the prevalence of the pandemic on both sides. Yet, for Shinzo Abe to visit Taiwan in similar circumstances is a huge snub being landed on the face of Beijing by Japan.

Ideally, China should have realised by now that Japan is least interested to have an active partnership with it, and instead wants to build ties with Taiwan. Yet, it seems the middle kingdom will not come to terms with the same without a public humiliation. That humiliation, Shinzo Abe will readily and gladly hand out from the Taiwanese soil.