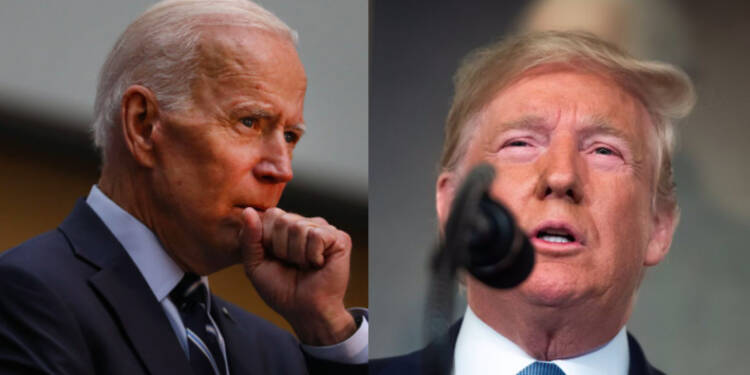 In its departing gift to the democratic world in general and to Joe Biden in particular, the Trump administration last week declassified a strategic and crucial Indo-Pacific framework, called the ‘United States Strategic Framework for the Indo-Pacific’. The framework was postulated in 2017 – just when Donald Trump took over as the 45th President of the U.S. It has been followed in letter and spirit by the Trump administration since 2018, and come 2021 – the framework faces the threat of being abandoned by an incoming Biden administration. However, all such possibilities were removed by President Trump last week, when he facilitated the declassification of the strategic document.

The strategically-timed ‘declassification’ of United States’ renewed Indo-Pacific policy has put Joe Biden in a tough spot. The Indo-Pacific strategy is actually a set of instructions from Trump which Biden must stick to. Anything less, and the American people and USA’s allies too will recognise Biden’s ill-intent. Also, China will get the message that Biden is a weak leader and it almost certainly will step up its belligerence. American interests will suffer and this will cost Biden politically given that Trump, who will form a very strong opposition against the Democrats, will hold him accountable.

The incoming President, rest assured, cannot afford to dramatically change America’s policy towards the Indo-Pacific, particularly after the same is out in the public domain and has been consumed by a sea of people. Donald Trump has thus ensured that Biden falls in line with Trumpism, and as a consequence ends up pounding China.

Read more: USA’s strategic Indo-Pacific document ‘leak’ just a week before the new President is sworn in will keep Biden in check

Joe Biden, as is common knowledge, is no fan of Trump’s magnanimous anti-China activism. In fact, Biden has asserted on many occasions that although China will be kept in check under his administration as well, his handling of the paper dragon will be different from that of Trump. What does a different handling or approach by Biden towards China amount to?

In simple terms, it effectively translates into a Biden administration not going as hard on China as Trump did. The world, needless to say, is in desperate need of a continuance of U.S.’ maximum pressure policy against China. Not only has the same helped maintain the sanctity of the Indo-Pacific, but has also protected smaller nations in the region from unprecedented Chinese belligerence.

Read more: Trump’s new Indo-Pacific Command Chief is a nightmare that China will have to deal with even under Biden

The paper dragon fears the United States. There is no doubt about the same. However, Joe Biden going over and above himself to please the paper dragon will only embolden the CCP to go about harassing countries in its neighbourhood, while also working to re-establish its hegemony over the global supply chains, which have seen significant ground being lost by the Chinese due to the pandemic.

The declassification of the Indo-Pacific policy of America essentially ensures that Biden does not indulge in adventurism, and sticks to the policy of ensuring a free and open Indo-Pacific region, devoid of excessive Chinese influence or control. To add to China’s woes, and Biden’s displeasure as well – Secretary of State Mike Pompeo too has ensured that needless and unofficial hurdles in Taiwan and US relations are removed with effect from 2021.

This has landed Biden in hot waters. A big departing move by the Trump administration on the Taiwan front will ensure that China and the Biden administration do not start their own infamous romance. It goes without saying that Biden cannot afford to overturn such decisions of Trump and Pompeo – as that would invite immense domestic uproar and global backlash against the new President. Similarly, not abiding by the now declassified Indo-Pacific policy would have detrimental consequences for Biden. The incoming President has, therefore, been deprived of any legroom by Trump on the China front.

In the absence of Biden taking serious measures to please the CCP and its General Secretary, ties between the two countries will continue to be in the deep freeze. There are just too many issues Trump is leaving no room for Biden to play around with. Whether it be Xinjiang, Tibet, Hong Kong, Taiwan or the Indo-Pacific, Biden would have needed to work on all fronts to placate the Chinese. And then, there is the India angle.

Joe Biden simply cannot afford to alienate India in order to win-over China. India, in any case, is central to any country’s Indo-Pacific policy; and with New Delhi making no secret of its animosity with Beijing – Biden simply cannot do anything but walk down the path laid down for him by an outgoing Trump administration.