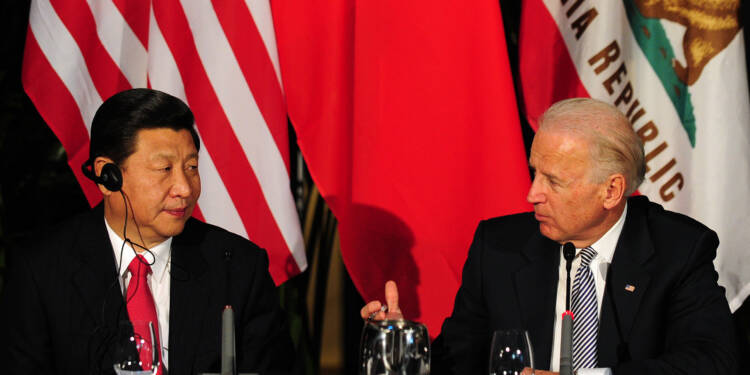 The first few days of Joe Biden’s Presidency are proving to be a nightmare for the country’s national security, and the latest move by the 46th U.S. President is all set to make Chinese intrusion into the American power sector imminently unavoidable. While the former President Donald Trump had made the American electricity grid nearly immune to any Chinese interference, Joe Biden is working overtime to sell the country’s power sector to the CCP. In line with the same, in an executive order dated January 20, Biden has suspended the May 2020 “Executive Order on Securing the United States Bulk-Power System,”  for 90 days which was signed by former President Donald Trump.

The fate of the all-important executive order now hangs in the balance and will be determined by Biden’s Secretary of Energy and Director of the Office of Management and Budget (OMB). Unsurprisingly, the Biden administration’s OMB head has formerly served as the president of the Center for American Progress (CAP), an establishment think tank that has taken trips to China and co-authored reports alongside a Chinese Communist Party-backed influence operation, The National Pulse reported.

Effectively, a Chinese stooge of sorts will now adjudicate upon the veracity of a Presidential executive order of Donald Trump’s which seeks to keep the Chinese Communist Party’s influence light years away from the American power grid and bulk electrical infrastructure. The sole intention of the May 2020 EO signed by Trump was to prevent any Chinese hijacking of the U.S.’ power sector. However, Joe Biden is relentlessly working to have the same corrupted by Chinese influence.

President Trump had immediately “prohibited any acquisition, importation, transfer, or installation of BPS electric equipment by any person or with respect to any property to which a foreign country or a national thereof has any interest, that poses an undue risk to the bulk power sector, the security or resiliency of U.S. critical infrastructure or the U.S. economy, or U.S. national security or the security and safety of U.S. persons.”

Read more: ‘They can damage our electricity grid in 2 minutes,’ China has the power to force a blackout in Australia

It was not a wild dream that had led President Trump towards banning Chinese electrical infrastructure from being used in the United States. In fact, it was a lesson his administration learnt from what was happening down under and in the Philippines. While the Philippines’ power sector has been devastatingly overrun by the Chinese Communist Party, in Australia, many believe that the Chinese could damage the country’s electricity grid in two minutes to an extent that it would take no less than two years to repair the same. For any head of state with a functional cerebrum, this would have been the cue to boot out any and all Chinese influence from their countries’ power sectors and ban any future Chinese involvement in the same.

According to a report in Sydney Morning Herald, in 2018-19, Chinese companies supplied 29 of the 70 transformers imported by Australia. Compare this to the 2011-12 data when China had a minuscule share of the pie and supplied only 8 of the 135 transformers imported into Australia whereas Vietnam supplied 33. This rise of Chinese electrical equipment down under has rattled many, and the former U.S. President too had not given such data and the underlying ulterior motives of the CCP a miss.

The CCP, via its proxies in the Biden administration, will ensure that the Trump-inflicted ban on the Chinese involvement in the American power sector is rescinded permanently. Why Joe Biden, from his very first day in the Oval Office, is working unstintingly to win-over the Chinese, is not particularly unknown to us. The CCP has a tremendous leverage over Joe Biden – the investigation into Hunter Biden’s business dealings with China. If Joe Biden doesn’t aid the CCP in a Chinese walkover of America, it would simply start making startling revelations about Hunter Biden’s business dealings with the paper dragon.

Therefore, Joe Biden, in order to save himself and his son from being exposed, is serving the American power sector to China on a silver platter.

Like Obama, Joe Biden shows that he doesn’t care at all about American soldiers