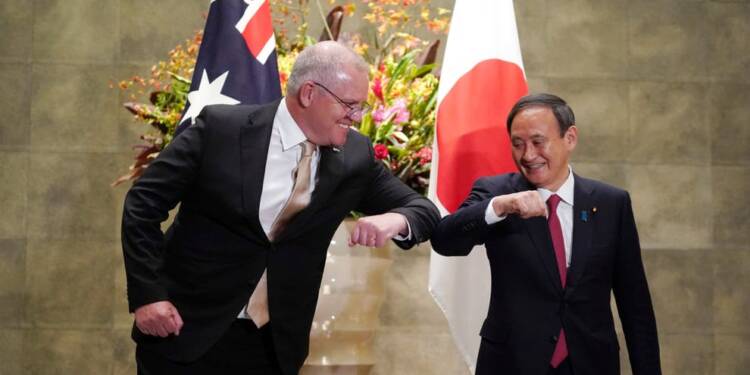 The Indo-Pacific powers which will be directly impacted by Chinese overbearing presence in the region have started to come together notwithstanding the presence and support of the USA. The latest example for the same is the Japanese government coming to the side of Australia and signalling its willingness to fight alongside against China, notwithstanding the support of the Biden administration.

In an interview with The Australian Financial Review, Japan’s incoming ambassador to Australia, Shingo Yamagami, said Tokyo was willing to help Australia reduce its trade dependence on China after Japan also endured rough treatment at the hands of Beijing. Japan has been encouraging Australia to set up joint Naval exercises and patrols in the East China Sea to make it a major partner of its and by signalling Tokyo’s support for Canberra in its complex trade situation is the message which Australia was looking for from a friend.

Australia is finding itself in such a complex situation, that while China is continuing its trade war with Canberra, its very friends like New Zealand are preaching about normalizing its relations with China and ending the dispute, sorts of, becoming China’s messenger. After signing an upgraded free trade agreement with China, O’Connor said NZ had a “mature” relationship with Beijing and had “always been able to raise issues of concern.”

“I can’t speak for Australia and the way it runs its diplomatic relationships but clearly, if they were to follow us and show respect, I guess a little more diplomacy from time to time, and be cautious with wording then they, too, hopefully, could be in a similar situation,” O’Connor told CNBC on Wednesday.

The Australians are in a situation where many of their traditional allies have kowtowed in front of the Chinese and are making it difficult for Australia to put up a joint front to counter China. Be it Canada or New Zealand, they all have been compromised in favour of the Chinese Communist Party. Even the future of Quad is looking bleak, given the high possibility of Biden Administration’s conciliatory approach vis a vis China. However, countries like, India, France and Japan are giving hope to the Australians. It is now being believed that India could replace China as its export destination.

Now, Japan has sent a hearty message via its envoy that it is going to help reduce Australia’s dependence on the Chinese market. Meaning Japan is actively looking at investing in Australia and elsewhere which can become competitive markets challenging Chinese hegemony.