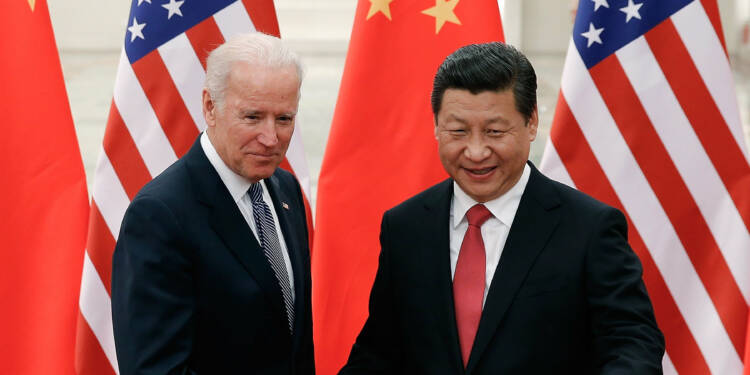 Joe Biden has very quickly become a nightmare for the USA’s foreign policy and the traditional allies are becoming more and more apprehensive. The new appointees in the US administration have taken it upon themselves to delink Washington with its long-standing allies. In line with this, Biden administration is sending clear signals to its allies to not act against China. Now, in another step towards kowtowing to the Chinese, Washington is reviewing the decision of Trump administration to term Chinese Communist Party’s actions against Uyghur as Genocide.

It comes at a time when Australia had just joined the USA and UK in warning firms about the use of products from China’s Xinjiang region in their global supply chains. The review of Trump’s policy at large and the specific sections on China, Biden administration is detaching the USA from the joint action of democracies to contain the rise of China. Linda Thomas-Greenfield, the U.N. ambassador-designate, as per news reports, revealed on Monday morning that the review is being conducted because ‘allegedly’ the State Department did not follow the proper procedures for the determination, she said.

In addition to this, the Biden administration’s Secretary of State called his counterparts and with the Indian FM S. Jaishankar as the 19th personality, it goes a long way to show where India ranks on the USA’s priority list.

Antony Blinkens first calls, according to his tweets:

The Trump administration’s decision, which is under review, was based on the intelligence report provided by the Japanese government. Japan provided intelligence to the United States and Britain last year showing evidence of China’s forceful detainment of the Muslim Uighur minority on condition of keeping the source confidential, a person close to Japan-U.S. relations told, which was reported by media outlets.

Biden is losing allies and reversing the gains made by Trump. The former US President had crafted a leadership role for the White House in the Indo-Pacific and the Middle East by coming down heavily in the Iranian nuclear threat, confronting China, combating Islamist terrorism, boycotting Pakistan and also by engaging North Korea in a diplomatic dialogue.

Read more: As US allies refuse to shun the Trump era, Biden is accelerating America’s decline by getting humiliated globally.

With all this happening, USA seems to be getting ready to normalise relations and engage with China under Biden, an absolute U-turn from the Trump era confrontationist policy. The Biden administration will approach economic and trade relations with China with “strategic patience.” The administration is starting to review current policies, including reviewing tariffs and to add to that the review of a human rights violation by the Chinese, this makes it all the more obvious.

Read more: From Trump’s confrontationist policy to ‘strategic patience’ against China, Biden is giving China a walkover and humiliating the US.

With these actions, Joe Biden is getting closer to the Chinese Communist Party and Xi Jinping, which is vying for the blood of its allies in the region. In the process, Washington is leaving the allies and friends to fend for themselves. Joe Biden is making it clear to India, Australia and Japan, the three members of the quadrilateral security dialogue that they should not act against China and in case they do, USA will not be by their side.

The Coal Wars: Scott Morrison is all set to win the “who blinks first” competition against Xi Jinping