Google gave Microsoft just the chance it was waiting for, and Australia is where their revival story begins 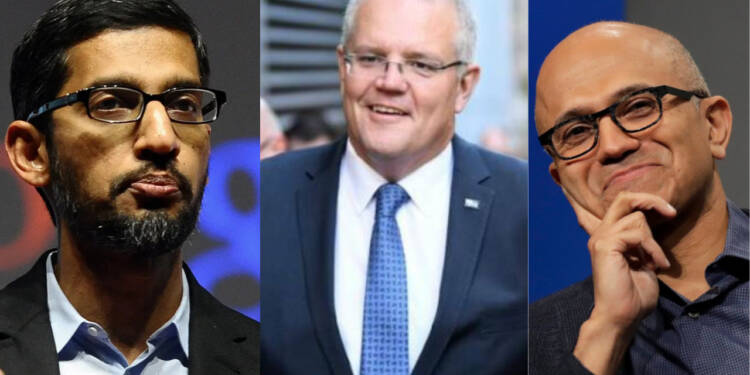 In what can be dubbed as capitalism working at its imperious best — even before tech giant Google plans to exit the Australian market, its competitor Microsoft and its search engine Bing have swooped in to take its position. On Monday, the Australian PM Scott Morrison spoke to Microsoft’s CEO Satya Nadella and sounded confident that Australia will be fine even if the Mountain View headquartered company packs its bags and leaves the country.

“I can tell you, Microsoft’s pretty confident when I spoke to Satya,” said the PM of Australia while talking to reporters in Canberra. He further added, “We just want the rules in the digital world to be the same that exist in the real world, in the physical world.”

Similar sentiments were echoed by Paul Fletcher, the Communications Minister, who remarked that Google dominated in Australia with a market share of 93 per cent but there were other players, including Microsoft and DuckDuckGo, which were in talks with the government about replacing it.

“Microsoft, a giant American corporation, an information technology powerhouse, is very significantly interested in the market opportunity in Australia, should Google choose to withdraw its presence in search in Australia,” said Fletcher in a briefing to the press.

Reported by TFI previously, Google had threatened to remove its search engine from Australia over the down under country’s attempt to make the tech giant share royalties with news publishers. However, as soon as the news of the Australian government mulling over bringing the contentious law in parliament came to light, Google took a defensive approach and started issuing the threats.

Last year Google made almost $4bn from Australia while paying only $45m in tax. Many of the small, local news outlets which cannot afford to spend heavily on the ad revenues, either downsized significantly or completely dropped their shutters. Their articles were accessed and published by Google without giving any due monetary benefit for it.

Argued by TFI previously, “Google might threaten the Australian government all it can like but the truth is — in a capitalistic economy as such Australia, search engine companies like DuckDuckGo, Microsoft Bing, Mozilla Firefox, and Yahoo will be waiting to latch onto the opportunity, if Google ever decides to pull the plug on its business.”

It seems like the prophecy has come true and it is Bing that is eyeing the nearly 93 per cent online web search market of Australia that Google has currently under its belt. Even when the controversy was in its infancy, Scott Morrison had made his intentions known to Google which was looking to strong-arm an entire nation. “WE DO NOT RESPOND TO THREATS,” he had said back then.

Australia is standing its ground firmly — the ball’s in Google’s court now and it can either accept the reality of its situation and give the news publishers their share of pie or pack its bags and return to the Silicon Valley and look to threaten any other country and satiate its bruised ego.

Biden’s Secretary of State Antony Blinken seems to be a Trump fan, or rather Pompeo 2.0