China couldn’t dare to block the Clubhouse app during Trump era. But in Biden era, the biggest platform of Chinese dissent is shutdown 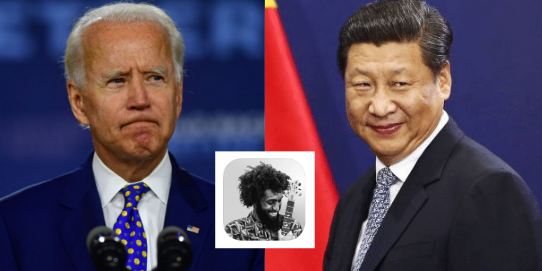 The Social Media platform Clubhouse provided the rare opportunity for cross-border dialogue on contentious topics free from China’s usually tight controls. By Monday evening, China’s great firewall had restricted the app as the Chinese censors moved in. Clubhouse had been around since March 2020 but despite censorship and government control rife in China and the US-Sino relations at an all-time low, China did not block the app. But since the time Biden had moved into the White House, it was being predicted that the app’s days are numbered and on Monday evening, the app was restricted.

In mainland China, users of the growing social media platform Clubhouse reported that they had received a red error message when they tried to log on, into the app. The message read, “a secure connection to the server cannot be made.”

On Tuesday, on the Chinese social media site, Weibo, even the Hashtag #Clubhouse was censored, where it was trending. Individuals with mainland telephone numbers indicated that they were no longer able to receive Clubhouse text messages, in effect banning them from entering as invitation and authentication codes are sent to a cell phone to register a new account.

Clubhouse provided a tantalising, but brief glimpse into what a free Chinese internet might have looked like. It was a rare moment of cross-border dialogue with people on the mainland of China, who are usually separated from the rest of the online world by the Great Firewall. For a short time, they found an open forum on the social media app, Clubhouse, to discuss contentious topics, free from the usual constraints of the country’s tightly controlled internet.

The Clubhouse guests talked about politically-charged topics such as the ongoing crackdown against the Uyghurs in Xinjiang, democracy in Hong Kong, and the sovereignty of Taiwan.

While the app first became popular in China among tech industry circles, its political chat rooms quickly drew newcomers eager for release from the tight censorship at home. As it grew in popularity, many Chinese also joined to discuss topics such as culture, lifestyle and celebrity gossip. But the space for free, inclusive political discussions was one of the rarest qualities of the Clubhouse app for Chinese-speaking community.

Clubhouse provided the Chinese citizens with a first-hand experience of free speech and they enjoyed their discussions. Jimmy Tan, a Guangzhou-based user who opened the chat room with his designer friend in Taiwan, wrote on social media Saturday, “The fact that our chats can so quickly switch to these topics exactly means that we should talk about them — they are relevant to every one of us — and it also means that we’ve been holding our tongues for way too long.”

The warning signs were already looming before the censors struck. On Monday, Global Times, a state-run nationalist tabloid, accused political discussions on Clubhouse of being “one-sided.”

“Political topics on the platform are not discussed as rationally as other topics like technology or culture,” the paper said.

Taking into account all the actions China had taken since Biden’s ascension into the White House, the ban on Clubhouse was inevitable. Moreover, Biden does not even seem concerned about the recent developments, further showcasing his soft policy on China.

Under Trump’s reign, such unilateral actions would have had severe repercussions. Thus, even though Clubhouse had been operating for a long time in China, it had not come under the purview of Chinese censorship.

Biden has taken several pro-china actions since being sworn in as President. The most telling of which was the changed definition of US-China relations on US’s State Department website.

Under Biden, it seems that the US is actively looking to engage with China whatever the costs it may incur. Banning clubhouse would also mean that the Chinese citizens have lost the only platform, which led them to the realisation that the topics tabooed by the CCP need to be talked about. By doing nothing about Clubhouse’s censorship in China, Biden is enabling the CCP to destroy even the marginal freedom of speech which existed even though it was just for a brief period.

So, was the US Presidential Election rigged after all? TIME Magazine makes a weird admission of guilt