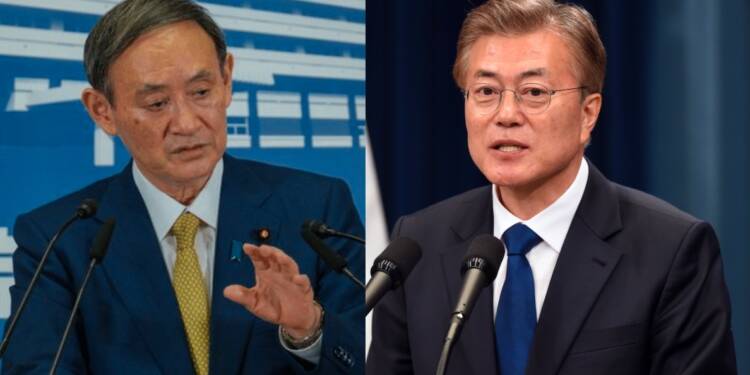 The alliance systems are though to manage, and in case of the USA’s East Asian alliance structure, proactive leadership is needed which could keep all of them together. This is what previous US President Donald Trump provided, a proactive and energetic leadership, which is being missed by allies like South Korea and Japan. The pre-existing divides are becoming larger and all of which is being accelerated by the absence of Joe Biden and Washington from the scene.

While the long-standing tensions between South Korea and Japan, were already present, the Trump Administration provided enough incentives for both countries to stick together. However, with Mr Trump not in the office anymore, South Korea’s Defence Ministry dropped its description of Japan as a “partner” in the latest defence white paper, the move was painted by local media as a “downgrade” that reflects worsening ties between the two countries.

The two countries are faced with increasing nationalisms and with the incentives for cooperation are diminishing, their nationalisms are contradicting and conflicting. The sunshine policy and Donald Trump’s attempt to bring North Korea into mainstream coincided, South Korea’s progressive government could maintain power based on the success of the Sunshine Policy. However, with the coming of Biden, South Korea’s Sunshine policy looks to have come in limbo and for political consolidation, it has to go back to the old trope of contesting nationalism with Japan to keep the people sided with the government.

Another development has led to an official protest by the Japanese government. Japan has protested South Korea’s reported defence plan based on a scenario in which the Self-Defence Forces “invade” the disputed Sea of Japan islands of Takeshima, according to what Defence Minister Nobuo Kishi said Friday.

All of this could and should be termed an all-time low in the relationship between Japan and South Korea for a long time. The deterioration of the relations has been accelerated by the removal of additional incentives to keep the differences away since the time of the accession of Joe Biden.

With the USA not standing as resolutely with the Japanese, Tokyo is moving towards a comparatively independent foreign policy. Taking things into its own hands, Japan is all set to take an anti-American turn for the first time in a very long time. It has agreed with Russia and Putin to cooperate with Russia in Russia’s the Far East and the Arctic.

Read more: Japan has taken the sharpest anti-America turn yet by agreeing to help Putin in the Russian Far East and the Arctic.

South Korea, on the other hand, had made it clear that it will not welcome any change in the Trump era foreign policy approach. As per a Reuters report, South Korea’s point man on North Korea said on Wednesday that the United States should flexibly enforce sanctions aimed at curbing Pyongyang’s nuclear programmes to revive denuclearisation talks.

Lee In-young, South Korea’s unification minister, in charge of inter-Korean affairs, said that reinforcing sanctions may not be the key to bringing North Korea back to the table. And the reason cannot be clearer.

Read more: Donald Trump was silently bridging the gap between North and South Korea. The world just got to know about it.

All these developments are new occurrences but part of a long-standing confrontation between South Korea and Japan. They have contending nationalisms which have been fueled by the historical baggage. But, previous presidents of the USA, and most prominently Donald Trump were able to keep these differences at bay, while making them cooperate in different domains.

This is not the case with Joe Biden, as the escalations mount and the confrontation increase, he is nowhere to be seen and these things only weaken the morale of the allies. Now, with no hope for the USA having their backs and escalations mounting, Japan and South Korea are at each other’s throats.