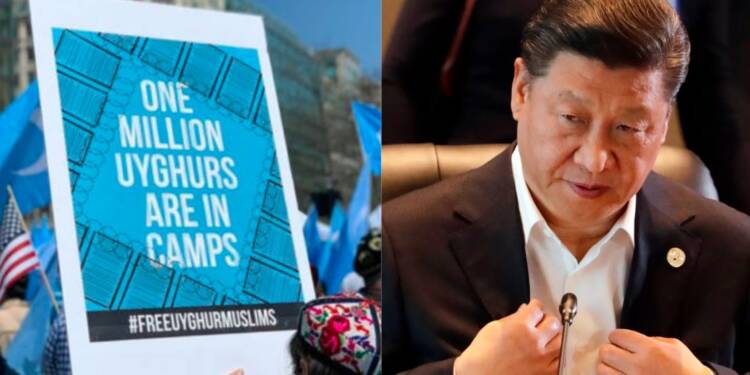 When you cannot play by the rules of the game, you change the rules of the game. This has become the policy approach by China in the face of increasing concerns raised by the international community. At the 46th session of the United Nations Human Rights Council, Chinese Foreign Minister Wang Yi delivered a speech. The speech contained significant clues about Beijing’s effort to change the very idea of human rights to best serve the Chinese Communist Party.

Wang Yi’s speech focused on providing reasoning for Chinese action in Xinjiang. The speech of the Chinese Foreign Minister must be the biggest spectacle of Irony as he was trying to sell the Chinese definition of human rights at the UN Human Rights Council. As the international criticism has mounted, China has moved away from denying the atrocities taking place in Xinjiang outrightly but has moved to change the definition, which is considerate to CCP’s actions in Xinjiang.

If we scrutinise the speech, Wang Yi’s proposition of “people-centred” human rights is utilitarian. Meaning it includes “people’s sense of gains, happiness and security” as “the fundamental pursuit of human rights.” In this formulation, economic prosperity tops the list, and the concept of happiness which has no internationally recognised definition vis a vis human rights replaces more concrete markers like racial and gender equality or freedom of religion, and security. These are deliberate attempts by the Chinese Communist Party to change the whole definition of human rights.

Many countries have started to launch an offensive against China independently. Following the lead of previous US President Donald Trump, Britain’s foreign secretary Dominic Raab on Monday (Feb 22) denounced torture, forced labour and sterilisations that he said were taking place against Muslim Uyghurs on an “industrial scale” in China’s Xinjiang region.

The British foreign secretary, instead of using the term genocide, used the definition of genocide. This was followed in quick succession by Canada as it heightened its diplomatic offensive on the Chinese Communist Party. Canadian lawmakers have overwhelmingly approved a non-binding motion, accusing China of committing genocide against its Muslim minorities in the western region of Xinjiang. The motion, which recognises “that a genocide is currently being carried out by the People’s Republic of China against Uyghurs and other Turkic Muslims,” also calls on the International Olympic Committee to move the 2022 Winter Olympic Games from Beijing.

Read more: Joe Biden may be tempted to drop the Uyghur Genocide tag on China, but the world is still following Trump’s lead.

An article published on The Diplomat inferred that Wang Yi’s full enumeration of human rights can be understood in the order in which these concepts of “peace, development, equity, justice, democracy and freedom” are enumerated. The order here with peace and (economic) development at the top and democracy and freedom at the bottom are particularly notable. In this context, Wang Yi held up China’s claim to have eradicated extreme poverty in 2020 as “a milestone in our human rights achievement.”

China hopes to change the goalposts by supporting a redefinition of human rights to encompass economic and physical security, such that it can properly contend for the moral high ground of human rights defence with western democracies (and particularly the United States). “Human rights are not a monopoly by a small number of nations,” as Wang Yi put it in his speech, “Even less should they be used as a tool to pressure other nations and interfere in their internal affairs.”

China is finding it more and more difficult to defend its actions in the international community. In such a scenario, it is trying to make use of any method which may seem plausible. In the latest act of desperation, China is trying to change the definition of human rights as well as change the narrative surrounding the gross human rights violations with its ethnic Uyghur minorities.