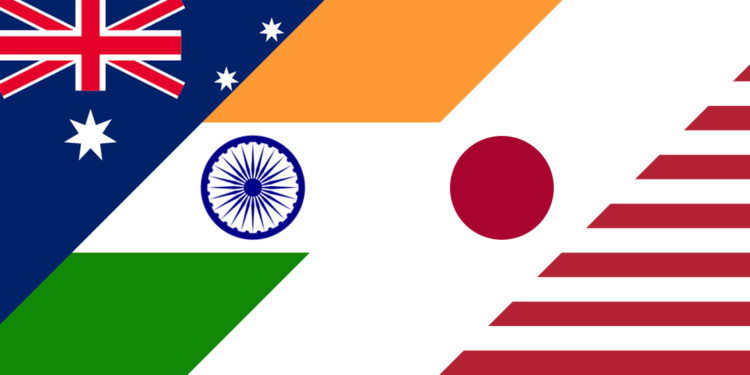 The election of Joe Biden and following a pacifying foreign policy of the USA vis a vis China made the Chinese Communist Party too confident. Beijing was sure that whatever it does the USA will look the other way. However, in its calculations, it did not consider that countries in the Indo-Pacific region will take matters into their own hands and force the Biden administration to follow. Joe Biden has been forced to give the Quad alliance its due time and respect.

Now countries like India, Japan and Australia are keeping up their pressure and European countries like Germany and France are reiterating their priorities for the Indo-Pacific. These global realities have forced the Biden administration to toe the line of its Quad allies and with the Quad meeting in sight, panicky China is trying its level best to placate India. China’s foreign minister tried to put a positive spin on its ties with Japan and India on Sunday, seeking to pacify the two countries about territorial disputes.

Chinese Foreign Minister Wang Yi voiced hopes of resolving tensions with India as the neighbours try to negotiate their way out of a tense stand-off along their Himalayan border. “China and India should be friends and partners instead of threats and competitors. We should help build each other,” he said.

These sage-like words run contrary to the way in which China has overstretched itself in the Himalayas. China has irked India beyond redemption. Even in the face of this understanding, the desperation has forced China to find ways to placate India as the coming Quad meeting is ringing alarm bells in the elite circles of Beijing.

Given the importance of the Quad in the Indo-Pacific and the realisation of the US President regarding the disastrous initial foreign policy direction of appeasing China and abandoning its Indo-Pacific allies, Joe Biden has been forced to go the Trump way. In order to redeem himself, Biden has agreed to a meeting of the heads of the Quad. It will be a first of its sort, where US President Joe Biden, Indian Prime Minister Narendra Modi, Australian Prime Minister Scott Morrison and Japanese Prime Minister Yoshihide Suga will come together to discuss matters pertaining to the Indo-Pacific and it will be held virtually.

When the first foreign ministers of the Quad met under the Biden administration in February, the foreign ministers of the other three countries had a very strong message for US Secretary of State, Antony Blinken. The message was if the USA abandons its role as part of the Quad, the Indian and Japanese governments are capable enough to create an anti-China front minus the USA.

Read more: Biden finally realizes that Japan and India are too strong to be bullied, starts damage control.

These developments are in exact opposition to what China had believed. And in the face of the reinvigoration of Quad. With an imminent containment of China in-sight, Xi Jinping is trying to placate India into the status quo ante at the times of the Wuhan reset. However, it is out of sheer desperation, that China is making this attempt.

Madhav Das Nalapat, director of the department of geopolitics and international relations at Manipal University, said there would not be any substantial progress between the two countries if border issues could not be resolved.

Read More- After Quad meeting, Biden gets his second global humiliation during G7 meet as France and Germany take him to the cleaners

He said, “China has from the start favoured a policy of delinking the border from issues such as commerce or cooperation in the World Trade Organization or regarding other global matters. India had gone along but has understood that only an acceptable resolution of the border issue can result in genuine rapprochement.”

The fact that China had opened too many fronts of confrontation during the Pandemic, it is now finding it difficult to maintain the offensive on all these theatres. Now as the possibility of another cycle of Contain China policy of major world powers takes shape, Beijing has become panicky in the face of such developments and is trying its hardest to placate India.