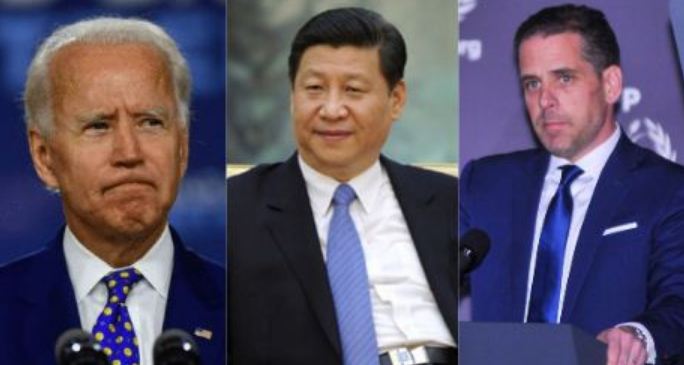 Don’t cross the red line, Joe. China is warning the US President in unambiguous terms and the subtext is that secrets never die in politics and diplomacy. To put it bluntly, if Biden goes too far, China can bring out the Hunter diaries and permanently blemish his political career.

Wang Yi, China’s top diplomat, has drawn the red line for Biden. He is supposed to stay silent on Hong Kong’s autonomy and Taiwan’s sovereignty. China’s latest warning comes in the backdrop of the US administration’s changing Indo-Pacific policy.

Biden was favourable towards Beijing when he took over as the US President. But now China realises that American allies like India and Japan are forcing him to continue Trump’s policy of decoupling from China.

Speaking on the sidelines of the National People’s Congress in China, Yi said, “We urge the new US administration to be fully aware of the sensitivity of the Taiwan issue … and completely change the previous government’s dangerous practices of ‘crossing the line’ and ‘playing with fire’.”

The issue is that Biden is not Trump, and his administration isn’t as antagonistic as Trump’s. There are no Pompeos waiting to inflict damage on the Communist nation. In fact, Beijing knows that Biden would cooperate if the circumstances allow him.

So, if he is being asked not to ‘cross the line’ or ‘play with fire’, then it is not really a warning, rather it is a subtle threat bordering on extortion.

So, the equation works out like this. Wang Yi and the Xi Jinping administration know Biden is wary about allegations in relation to his son Hunter’s business dealings with China. Former US President Donald Trump had alleged that Hunter Biden used his influential position to secure China’s financial backing for his investments.

There were many controversies surrounding Hunter Biden’s business interests in China. Hunter had accompanied his father Joe Biden, the then US President, on some of his visits to China. Trump and the Republicans were eager to push the Hunter agenda. They wanted to besiege the Biden campaign over this issue.

What however helped Joe Biden was the friendly media, for whom he used to hold lavish parties back when he was the US Vice-President. This Biden-friendly media returned the favour by staying mum on the controversy surrounding Hunter Biden’s business interests in China.

But how does the Xi Jinping administration perceive the Hunter diaries? Well, it knows that Joe Biden hasn’t faced much political damage on this front. It also implies that Joe Biden has remained relatively unblemished and there remains a lot of scope for grilling him on this issue. There could be a high amount of substance that China can bring upon the issue of Hunter Biden’s business interests in the Communist nation.

Therefore, Wang Yi’s threat to Biden fits in perfectly- ‘don’t cross the red line, or else China will bring out matter which can give you political trouble’.

From a Chinese perspective, the threat makes a lot of sense. Of late, Biden has been behaving more like Trump, with plans to reinvigorate the Quad – an informal, anti-China strategic forum comprising India, the US, Japan and Australia, building closer ties with Japan and pursuing Indo-US defence cooperation.

But China also knows that the US President isn’t turning hostile willingly. He is taking on China because US allies are compelling him to do so. The Xi Jinping administration knows that Biden can cooperate with China if he is given a threat big enough to move away from American allies. And within Beijing’s strategic circles, many would agree that opening up the Hunter Biden controversy would be one such threat.

Biden played his cards too early and rather too recklessly and now Japan, India and Israel know exactly how to handle him