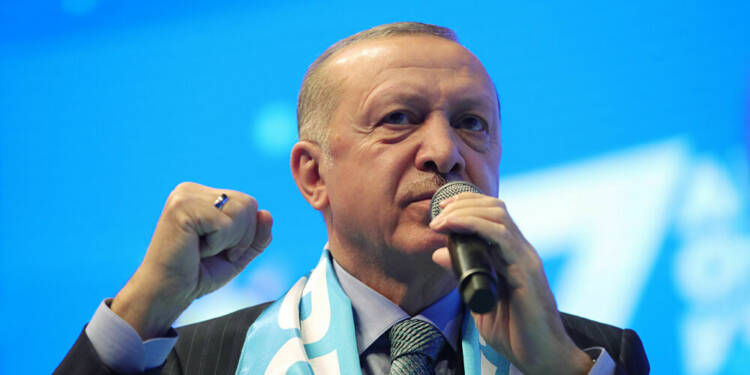 The pace at which Erdogan has flipped Turkey’s foreign policy priorities is laudable. He is reducing his aggressive narrative, easing tensions with Greece, getting into talking terms with Arab countries, toeing the line of the USA vis a vis Iran. Such changes in the Turkish leader are visible after Joe Biden became the US President. During his election run, Biden had said that he will act on Erdogan’s actions.

Erdogan is the same person who was working to destabilise the region in and around the MENA (the Middle East and North Africa). He was trying to recreate the Ottoman Caliphate and become the caliph himself. However, the formation of a united front via Abraham Accords, the stern stance of the USA and the European Union as well as diplomatic losses at the hands of Putin, made Erdogan retract his steps.

While earlier, Erdogan remained silent on Iran and focused on tackling the Saudis and other regional players, now Turkey is overtly positioning itself against Iran to get into the good books of the long-standing US allies in the MENA region.

The Turkish economy is in tatters, and in such a situation, Erdogan cannot afford to concretise Ankara’s divide with the USA and the European Union. Turkey has even proposed to not fully activate its controversial Russian S-400 missile system, signalling an intent for a reset in ties with its allies.

Turkey is also opening channels of talks with Greece to normalise ties with a fellow NATO member, whom Ankara had pressurised a whole lot last year. Different sections of Ankara’s political circles are now also meeting the Greek minorities of Turkey and signalling a resumption of normal ties with Greece.

The other event which provided the reasoning behind these developments is Ankara’s sudden overt anti-Iran stance. Recently, Turkey and Iran called in each other’s ambassadors as Turkey threatened to attack Kurdish separatists on Iraq’s Mount Sinjar, an area used by Iranian militants to cross into Syria. The diplomatic spat has stemmed from a disastrous Turkish raid on Mount Gara in the northern part of Iraq in February, which culminated in the deaths of 13 hostages. The banned Kurdistan Workers’ Party, or PKK, is said to have executed the prisoners, according to Turkey.

Read more: Turkey has started dancing to the tunes of the Arabs and Israelis and it’s a good thing for the world.

In addition to all this, a Turkish official revealed that Turkey and the UAE have discussed removing trade barriers, adding that the overtures encouraged a recent decision to restart flights between the capitals halted by the pandemic. Ties between Ankara and Riyadh appear on the verge of a return to cordiality, thanks in part to the detente between Turkey’s ally Qatar and the four-nation Saudi-led bloc that imposed an embargo on Doha in 2017.

All these developments may tell us that Erdogan is trying to bring Turkey back to a stable foreign policy, but the West and Joe Biden should not get swayed by the antics. Erdogan is doing all this, just to save himself as Turkey is facing the worst economic slump. He is someone who should not be trusted, as he is acting meek out of compulsion and not out of realisation.