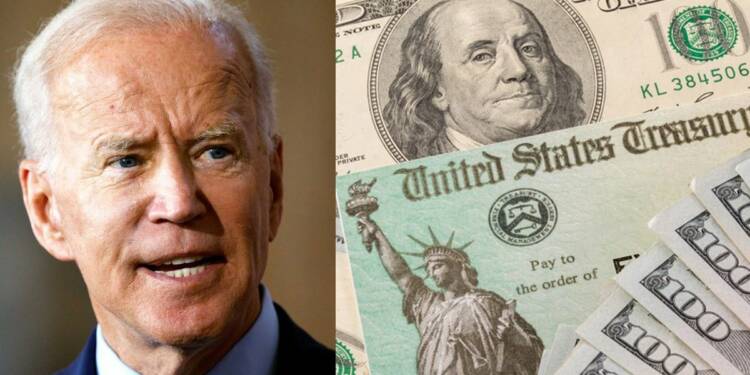 Due to the Covid-19, American citizens faced immense financial hardships. The Biden adminsiatrtion had promised an all encompassing relief bill putting much needed finances in the pockets of Amercan citizens. Things do not look as simple as Biden had promised it to be. The new COVID-19 relief bill will not restrict debt collectors from taking stimulus checks, thus as a result many Americans won’t get the $1,400 stimulus reliefs ever.

The Covid-19 relief package is the need of the hour as citizens suffer because of the pandemic. But not everyone would be able to claim the checks. The Covid-19 relief bill included various social welfare handouts but several of the handouts had been based on racial clauses and garnered no support from the Republicans. While not even attempting to work with the Republicans, Biden and the Democrats towed the left-leaning agenda and pushed through the relief bill with a simple majority.

The $1,400 checks would not be protected because the assistance programme was accepted as part of a budget resolution rather than as a stand-alone measure. As a result, Senate Democrats were able to pass the bill with 51 votes rather than the 60 that are required to pass such a bill.

Any independent debt collector can take the $1,400 deposit. According to Lauren Sauders, Associate Director of the National Consumer Law Center, credit card and prescription debt are the two types of debt that are most likely to be collected and in certain situations, stimulus funds could be seized to pay off private student loans.

Senator Ron Wyden (D-Ore.) who is the chairman of the Senate Finance Committee, has suggested introducing separate measures to protect stimulus funds from debt collectors, ensuring that families receive the $1,400 they need to pay rent and buy food. To put it in another way, ensure that the stimulus funds are treated as incentives that are not subject to garnishment under federal law. But as the checks are due in the next few days, it may not be soon enough.

During the Presidential election campaign, the 1.9 trillion economic relief plan was one of the major promises of team Biden. After taking office, Joe Biden was ready to push the stimulus plan that he and his left-progressive Democrat buddies had created. But the relief bill turned out to be no more than a blueprint of left agenda which the progressive democrats are pushing through Biden.

For example, the US Congress earmarked $350 billion to help pandemic-hit states and local governments balance their budgets. Interestingly, there was a major splurge on the urban blue states like Connecticut, New York, and Massachusetts whereas, on the other hand the rural red states like Wyoming, North Dakota and South Dakota saw a serious paucity of funds.

The latest bill is called the ‘American Rescue Plan’, but it doesn’t really seem to be an attempt at rescuing Americans as 61 per cent of the aid would end up in states that voted for Biden in November last year in contrast from the 56 per cent in the bipartisan CARES Act that was passed last year.

Another clause that showcased the left-leaning agenda is the Emergency Relief for Farmers of Color Act. The white farmers have called it institutionalised racism and are protesting against it. White farmers have expressed their dissatisfaction with President Joe Biden’s $1.9 trillion COVID relief program, which awarded $5 billion to minority farmers but did not provide the same assistance to white farmers.

Biden is actually playing with American sentiments here. All the Democrats have ever cared about was toeing his political line and garner more votes. The lack of dedication and the hurriedness with which the bill has been passed shows, the lack of compassion the Democrats have for the American citizens who suffered in the pandemic. They put their hopes in Biden and he gave them the hope of financial assistance at a time of immense crisis but all he has delivered are false promises and more apathy to the people.