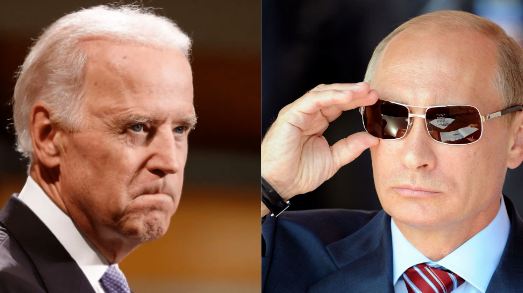 In an interview with ABC News, US President Joe Biden called his Russian counterpart, President Vladimir Putin, a killer. This is a watershed movement in the post cold war relations between the two states. The Russians are furious and Putin called out Joe Biden for a one on one PPV. Not a boxing one though, a debate, live between the two Presidents.

President Joe Biden’s characterisation of Russian President Vladimir Putin as a “killer” has prompted Putin to challenge Biden to a live-streamed discussion with him. While speaking at a news conference, Putin told a Russian state television reporter, “I’ve just thought of this now, I want to propose to President Biden to continue our discussion, but on the condition that we do it basically live, as it’s called. Without any delays and directly in an open, direct discussion. It seems to me that would be interesting for the people of Russia and for the people of the United States.”

Following the day of the diplomatic uproar that started when Biden said he thought Putin was a “killer” in an interview with ABC News’s George Stephanopoulos, Putin appeared to challenge Biden to a live televised debate. In response to the remark, Russia summoned its ambassador to the United States.

Read More: Biden steps back and refuses to take up Putin’s challenge. But Putin is not done with him

Putin said he didn’t want to waste time after releasing his invitation, suggesting that he and Biden meet on Friday. “I don’t want to put this off for long. I want to go the taiga this weekend to relax a little,” Putin said. “So we could do it tomorrow or Monday. We are ready at any time convenient for the American side.”

Stephanopoulos asked Biden if he believes Putin is a “killer” during the interview on ABC news. Biden responded, “Mmm-hmm, I do.”

Putin implied that Biden was accusing him of the same things that the US were guilty of. He alluded to the massacre of Native Americans and the injustices suffered by African Americans during colonisation. In addition, Russian President Vladimir Putin wished Biden “good health.”

“I would say to him: ‘Be well.’ I wish him good health. I say that without any irony, without jokes,” Putin said.

However, while Putin has portrayed himself as funny, the rest of the Russian government has responded angrily to Biden, who warned Putin that he would “pay a price” for meddling in the American election. Dmitry Peskov, a spokesman for the Kremlin, told reporters on Thursday that Biden’s words had indicated to him that he had no intention to improve relations with Russia.

Peskov said, “I’ll say only that these remarks by the U.S. president are very bad. He definitely doesn’t want to normalise relations with our country. And we’ll be acting based precisely on this premise.”

While, everyone is seemingly interested in looking and adoring the funny side of the Russian President, in reality, it is a diplomatic master class. Biden is not a sound orator, or from the looks of it, even a good speaker. He fumbles, stumbles, stutters and many times loses his train of thought and has to let other people take over, for example, his wife Jill.

Read More: Putin has accepted Indian PM Modi’s offer to play a greater role and may come with his own Indo-Pacific plan

Biden took more than 2 months for his first-ever address to the nation; the longest for any president. He needs to prepare and even then he can forget or start fumbling as he did in his first-ever address. Therefore, an impromptu debate with the Russian President would expose Biden for the statesman and the tough guy that he is not.

Already under fire for the lashing the United States received from China at Anchorage, it is another failure for Biden’s disastrous foreign policy. The Russian President has set up a beautiful trap that could unmask Biden. If Biden refuses he loses, if he accepts he loses again, Biden is stuck between a rock and a hard place.