‘Iran and China decided not to, but Russia went ahead and meddled with the US elections’- New Government Report 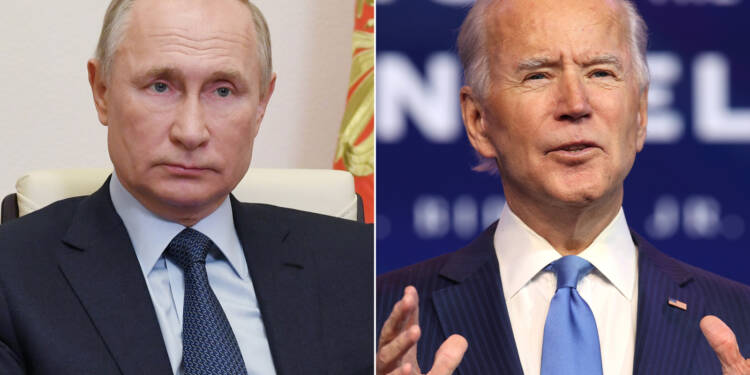 In an intelligence report which has been declassified by the United States of America, the eternal enemy – Russia has once again been accused of meddling with the election in America and trying to influence its outcomes.  The American establishment is not willing to answer the very pertinent question of Joe Biden (a Democrat) winning last year’s election despite alleged Russian interference. This is a debate we must remember to conduct on a separate occasion. It has almost become customary now for the American deep state and establishment to blame Russia for interfering in the country’s electoral processes after every election, in order to subsequently justify the imposition of further sanctions on Moscow.

A  15-page report by the US Office of the Director of National Intelligence (ODNI) claims that Russian President Vladimir Putin either oversaw or at least approved of the “November 3 election meddling” to benefit Trump, adding heft to the longstanding floating narrative that some of the members of Trump’s cabinet were allegedly playing into Moscow’s hands by amplifying allegations against Biden in the run-up to the November 3 election by Russian-linked Ukrainian figures.

In the declassified report, US intelligence assured that there were “no indications” of any foreign element trying to alter the “technical aspect of the voting process” in the 2020 presidential polls. It, however, added, “We assess that Russian President Putin authorized, and a range of Russian government organisations conducted, influence operations aimed at denigrating President Biden’s candidacy and the Democratic Party, supporting former President Trump, undermining public confidence in the electoral process, and exacerbating socio-political divisions in the US.”

Read more: Biden steps back and refuses to take up Putin’s challenge. But Putin is not done with him

Interestingly, based on the said shoddy report, the Biden administration is all set to unveil a fresh set of sanctions against Russia. As a matter of fact, Moscow has understood this classic strategy of the American establishment, as it uses the flimsy premise of ‘election interference’ to pile up sanctions against Russia to stop its growth. What is intriguing though, is that countries like Iran and China have been left off the hook by the United States.

In the case of Iran, the ODNI report stated that Iran’s leader Ayatollah Ali Khamenei authorized an influence campaign to harm Trump, though the operations cited did not suggest they had any significant impact. “We assess that Iran primarily relied on cyber tools and methods to conduct its covert operations because they are low cost, deniable, scalable and do not depend on physical access to the United States,” the report noted. Essentially, Iran and Russia have been found doing the same thing – interfering in the U.S’ electoral process.

Yet, the sanctions are being drawn up only against Russia, because it supposedly targeted the Biden campaign instead of Trump’s. Iran chose to defame the Trump campaign and discredit the former President’s re-election bid, however, the Biden administration is willing to let it pass. As a matter of fact, while the U.S. has at least dared to name Iran, albeit refused to take action against it. The world’s oldest democracy has simply pronounced China innocent and said that it in no way engaged in influence campaigns and election tampering in last year’s presidential polls.

“We assess that China considered but did not deploy influence efforts intended to change the outcome of the U.S. presidential election,” the report says. “China sought stability in its relationship with the United States, did not view either election outcome as being advantageous enough for China to risk getting caught meddling.” Having found no guilt on the part of China, announcing sanctions against it is a no-starter for the Biden administration. But putting sanctions in place against Russia has always been on the agenda of the Biden administration.

Read More: ‘Let’s go. You and Me. A one-on-one. LIVE,’ Vladimir Putin throws a challenge at Joe Biden as Biden calls him a ‘killer’

So, the report is effectively serving one purpose alone – validating, and some may even say, necessitating more sanctions against Russia. In fact, the Democrats are taking constant strides in reviving the Cold War mentality between the United States and Russia. For the same, they will most definitely receive a blowback in 2024.

After Jack Ma’s Ant Group, China has moved on to its next prey- Pinduoduo