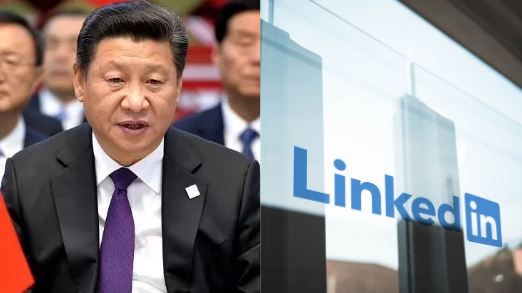 The geopolitical tables are turning with the Biden administration still largely undecided about how they should approach China. And as China is becoming emboldened again, it has decided to hit back at Microsoft for its attempt to buy TikTok during the Trump Presidency. Microsoft’s LinkedIn has been the lone major American social network allowed to operate in China. The Microsoft-owned service for professionals censors the posts made by its millions of Chinese users.

China’s internet regulator rebuked LinkedIn executives this month for failing to control political content, according to the New York Times report. CCP is telling Microsoft that its time for payback for all the attempts it made to cash in on China’s plight and buy out TikTok.

Read More- China bought media and social media in every country that matters. But Japan stood as a proud exception

The regulator said it had found objectionable posts circulating in the period around an annual meeting of China’s lawmakers, said these people, who asked for anonymity because the issue isn’t public. As a punishment, the people mentioned in the report said, officials are requiring LinkedIn to perform a self-evaluation and offer a report to the Cyberspace Administration of China, the country’s internet regulator. The service was also forced to suspend new sign-ups of users inside China for 30 days, one of the people added, though that period could change depending on the administration’s judgment.

The Cyberspace Administration of China did not immediately respond to a faxed request for comment. However, for context last week, Microsoft’s professional networking site LinkedIn said it is pausing new member registrations in China as the company works to ensure it remains in compliance with local law.

As per our earlier reportage, last year the US President had agreed to give an ultimatum of 45 days to ByteDance, which owns the video-sharing app- TikTok. The ultimatum made it clear that ByteDance will have to negotiate a deal with Microsoft Corp. within 45 days, otherwise, TikTok would end up getting banned. Even though the deal fell apart as the negotiations ended at the 11th hour, the Chinese were royally miffed with the whole situation.

Read more: ‘Get sold or get banned,’ Trump gives 2 options to Chinese companies in the US, set to consume Chinese tech giants

Microsoft’s bid for TikTok fell through after the tech giant insisted on acquiring full control of the social video app’s U.S. operations, data, source code and algorithms, declining to settle for a lesser deal that didn’t put those key assets in its hands. This was seen as overkill and a humiliation for the Chinese Communist Party. And now they are ready to give it back to Microsoft with all the compound interest.

LinkedIn’s presence in China has long drawn interest across Silicon Valley as a potential path into the country’s walled-off internet, home to the world’s largest group of web users. The punishment underscores deep divisions between the United States and China over how the internet should work.