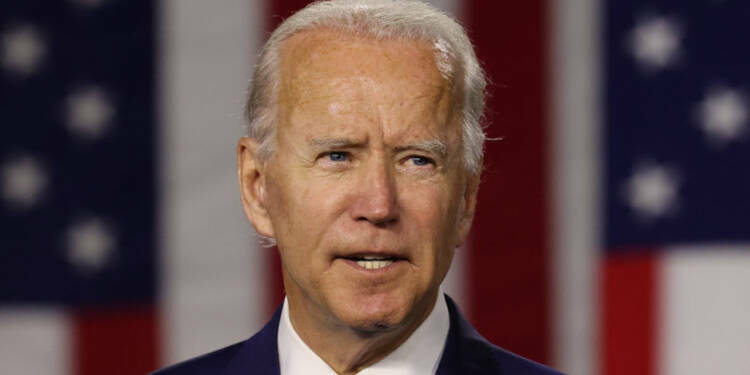 Americans have increasingly started doubting President Joe Biden’s ability to lead the world’s most powerful country satisfactorily. According to a Rasmussen poll conducted between March 3 and March 7, over half of the United States now believes that Joe Biden is not physically and mentally fit to occupy the Oval Office and be the USA’s Commander-in-Chief. The polling was done prior to Joe Biden’s fall on the stairs leading to his Air Force One jet, in which the President stumbled not once or twice, but thrice! The numbers are expected to have shot up after the same.

Biden tripping on the stairs was not normal. It is said that the red-carpet laid on the stairs are meant to prevent a fall. Blaming it on the wind may not be the wisest excuse for the Biden administration. Many suspect Biden’s knees simply gave up on him and the people deserve to know if their Commander-in-chief is in good health or not. Biden is also not the most active or even the sharpest US President. He is a gaffe-machine that keeps on giving. Yet, American mainstream media is maintaining a stoic silence when it comes to debating the cognitive and physical health challenges President Biden seems to be facing.

The same liberal media has historically not shied away from passing judgements on the mental health of former presidents whom it did not like. In 2008, when Republican John McCain was running for President, the media openly insinuated whether the 72-year-old was too old to be the President. The media also questioned whether former President Ronald Reagan was in ‘cognitive decline’. President Gerald Ford, after his fall on Air Force One’s stairs, much like that of Biden’s, was referred to as a clumsy fool by the American media. Ford was called a ‘clumsy oaf,’ to be very precise, for falling on the stairs. As for Trump, a prolonged campaign was put in place to prove that Trump was crazy and demented, despite him being one of the sharpest Presidents in the White House.

However, as we know, Joe Biden has won over the media over the past many years, inviting them for parties and engaging with them on the basis of who he favours. So, liberal media is maintaining a safe distance from recent developments in order to not be forced into discussing the current President’s physical, mental and cognitive health. Yet, ordinary Americans are increasingly losing faith in Biden, and are arriving at the conclusion that he is unfit to hold the top office of the country.

It would therefore be safe to suggest that the American liberal media is doing a disservice to the nation by concealing the reality of Biden’s health. He is clearly finding it difficult to carry out his duties as President. And can we really blame the man? Joe Biden, 78, should be relaxing, playing with his grandchildren and taking Major – his pet dog for walks. He should not be at the helm of affairs in America, solely due to the ineptitude of the Democratic Party to come up with good presidential candidates. It is a huge disservice to the American people, a national security threat even. What’s worse, Kamala Harris is already on her way to Presidency without being elected as one. She is making diplomatic phone calls on the behalf of the President and even receiving intelligence briefings alongside the President. She’s also taking crash courses in international relations preparing for a bigger role. Meanwhile, Joe Biden, a gaffe machine as always, has referred to his Vice President as President Harris! And this is not even the first time he has done such a thing.

The oldest President to have been sworn in, Joe Biden does not offer a young and dynamic America any hope for the future. Instead, he is holding on to power solely because the media is not going even fractionally as hard on him as it did with other Presidents. For instance, liberal media outlets went berserk during Trump’s presidency, alleging that the Republican suffered from dementia, was scared of stairs, and was experiencing cognitive degeneration to the extent that he was not able to walk down a ramp by himself. We, however, know all these claims to be false and part of a media hitjob campaign paid for by vested interest groups and political action committees that have now been exposed to be filled with sexual molesters.

Yet, today, the media is maintaining silence on the issue of Joe Biden’s obvious cognitive ill-health. It goes without saying that the mainstream media will keep giving Biden a pass, even while he unconsciously keeps ruining the United States due to his mental and physical health being distraught.