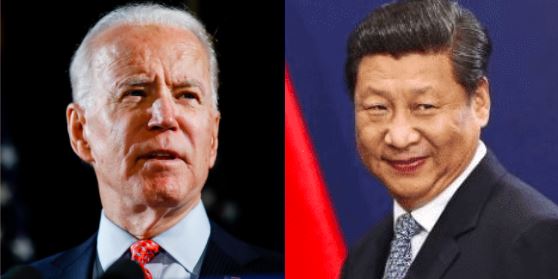 The newspapers reported that the Biden administration pulled no punches. According to them, even though the relations between the US and China got off to a rocky start, the Biden administration has the upper hand. But it is not as the media represented. China pulled no punches, it harangued and criticised the US on a horde of issues, gave stern warnings and some veiled threats.

The US on the other hand did pull punches and dropped the biggest card it had against China, the outbreak of the pandemic and its subsequent mismanagement. Wary of annoying the Chinese authorities, US secretary of State Antony Blinken and National Security Advisor Jake Sullivan, kept their arms confined and their lips pressed.

Important US allies had been united and their stance against Chinese belligerence in other areas had also toughened. Since the outbreak, China had been very forceful in pushing the narrative that the virus had not originated in China. It accused India, Italy, and even the USA. On the other hand, the Biden administration’s refusal to stick to Trump’s narrative has given China a lot of breathing space and has effectively taken the burden off of Chinese shoulders.

However, the Biden administration did accuse China of various other things, such as the atrocities in Xinjiang, though stopping short of calling it genocide and accused China of increased belligerence in the South China Sea. These issues have been dealt with by China effectively in the past and there is no case in point that China cannot just shrug these accusations again as it had done in the past. Moreover, the weakened US stance on China will embolden the Chinese line.

Even before the meeting at Anchorage took place, TFIGlobal had explained how seriously the US administration can suffer at the hands of their Chinese counterparts. As it turned out, the meeting was a disaster. The Biden administration could not land any punches. The absence of strong and stinging words when speaking about issues like Taiwan, Hong Kong, Xinjiang and the Indo-Pacific at large served as a cue for the Chinese to thrash their American counterparts.

During the meeting at Anchorage, the Chinese realised that they were up against a defeatist Biden administration when National Security Advisor Jake Sullivan tried to corner China for an “attack on basic freedoms,” but diluted it by saying, “We do not pursue confrontation but we welcome stiff competition.”

As a result, Yang Jiechi retaliated violently, demanding that the United States stop promoting its own brand of democracy at a time when it is experiencing domestic unrest. He also accused the US of failing to resolve its own human rights concerns, and he chastised Blinken, Sullivan, and other US officials for what he termed “condescension.”

“We believe that it is necessary for the United States to change its own image and to avoid advancing its own democracy in the rest of the world,” Yang Jiechi said, scolding the United States. “Many citizens in the United States have no faith in the country’s democratic institutions. There is no way to strangle China,” he said. US representatives, especially Antony Blinken, were seen getting hysterical as the sharp criticism of the United States continued. They simply could not suppress their innate fear of China.

US allies had been emboldened during the Trump regime. Australia, India and many others had accused China of being secretive in its role during the pandemic. But Biden’s refusal to even mention the pandemic or even China’s mismanagement of epic proportions which led to the massive outbreak is a clear sign of the meekness of the current US administration.

The nations that have been on the fence about China for a long time will now be persuaded not to enrage the paper dragon, because if it can blast the United States of America, what could not it possibly do to smaller ASEAN and Indo-Pacific countries? Even among America’s allies, the idea of talking to China and getting on its good side will now be more appealing than ever, because the US is clearly incapable of defending its interests for at least the next four years.