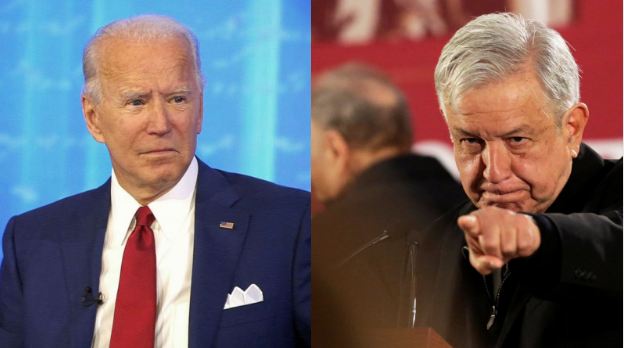 If Joe Biden was intending to get the attention of its neighbours on a priority basis, then he has done a phenomenal job. If the criticism from the domestic opposition, some members of the Democratic party as well as the common folks was not enough, Biden administration’s border policies are attracting criticism from far and wide.

After the statement by El Salvador’s leader, Mexican President too has slammed Joe Bide for opening pandora’s box and triggering an ‘emigration crisis’ among many other worse things for Mexico. Mexican President Andres Manuel Lopez Obrador asserted that the Biden administration’s immigration policies have contributed to a surge of migrants that has overwhelmed facilities at the southern border in recent weeks.

“Expectations were created that with the Government of President Biden there would be a better treatment of migrants,” Lopez Obrador said at a press conference. “And this has caused Central American migrants, and also from our country, wanting to cross the border thinking that it is easier to do so.”

It was just recently, President of El Salvador Nayib Bukele called the ‘new-liberal practice’ of opening the US borders for illegal immigrants ‘immoral’ and causing overall destruction to both sides. He was targeting US President Joe Biden for taking a volta face on Trump’s air-tight border infiltration control measures for illegal immigrants by opening up the border gates and granting aliens the residency,

The small Central American country of El Salvador is facing the modern-day phenomenon of ‘brain drain’ on an excessive scale with the potential working class that can help build the country, forfeiting the opportunity to do so, and moving northward. And while the southern states of America have their own problems with illegal immigration and aliens, Nayib argued that the immigration crisis was hurting his country as much as America.

Read more: “Not good for the US, not good for El Salvador,” El Salvador President is miffed at Biden for incentivising illegal immigration to the US

In addition to this, US President Joe Biden’s immigration policies, if they can be called so, have made the southern border with Mexico a safe route for drug cartels and other criminals. Texas Governor Greg Abbott warned last Sunday that Biden’s border policies are causing a surge in illegal immigration into the United States and “enriching and empowering” drug cartels in Mexico who profit from smuggling migrants. Texas Governor’s comments came as the number of unaccompanied children in border patrol custody has risen to 4,200.

The impact on the Southern states has been disastrous, however, the Biden administration paid no heed to their suffering. As news broke of a potentially large influx of illegal immigrants bound for Gila Bend, Arizona, Mayor Chriss Riggs told Fox News last Monday that he is very worried about the escalating crisis at the Mexican border.

He said that his town ‒ about halfway between Sonoyta, Sonora, Mexico and Phoenix ‒ is essentially being made into a waypoint for illegal immigrants captured by federal authorities. He told host Charles Payne that Gila Bend was already “very economically poor,” and that it lacks even the most basic support for what he fears would be a costly unfunded mandate.

Read more: The Biden administration is pushing for illegal immigrant settlements in a sure-shot move to hurt southern states

Now the statement of criticism by the Mexican leader adds to the pressure which is being exerted on Biden to stop the mindless virtue signalling. “People don’t go to the United States for fun, they go out of necessity,” Lopez Obrador said, according to Reuters. “There needs to be support for the development of Central America and the south of Mexico. Particularly Central America.”

The people in the position of leadership in Mexico and other countries are of the view that instead of opening the borders and making the situation worse for everyone, the administration should focus on the development of the Central American countries, so that the necessity of moving and migrating en-masse ends permanently.