While China goes berserk against the EU, Russia plays a smart strategy to undercut China 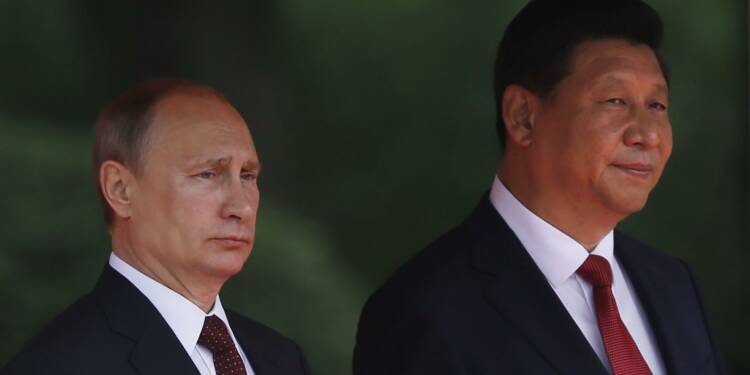 The countries all around the world are taking more and more independent foreign policy stand, any analyst who claims that Russia is siding entirely with China is delusional. At a time when China is going berserk against the European Union for sanctioning them, Russia has maintained its strategic ambivalence as part of its larger strategy to undercut China.

Just after the US-China talks in Alaska, Russian Foreign Minister Sergei Lavrov kicked off his visit to China on Monday. Although such a chain of events may highlight the China-Russia comprehensive strategic partnership of coordination for a new era to the Chinese eyes, Russia has even bigger geopolitical aims. And the last thing it wants is an all-powerful China that can dictate the terms of cooperation to Moscow.

In a recent development, the United States, the European Union (EU), Britain and Canada had imposed sanctions on Chinese officials on Monday for human rights abuses in Xinjiang. The sanctions agreed on Monday were even more significant as they mark the EU’s first punitive measures on Beijing since it imposed an arms embargo after the 1989 Tiananmen Square massacre.

China went all guns blazing against the USA and the European Union, Chinese Foreign Minister Wang Yi said, “Countries should stand together to oppose all forms of unilateral sanctions,” adding “these measures will not be embraced by the international community.” Although China expected a similar chain of arguments from the Russian Foreign Minister, however, it was very different.

Lavrov said on Tuesday that Russia no longer had relations with the EU after Brussels had “destroyed them.” However, the Russian minister added that Russia would be ready to work with the EU “if and when the bloc is ready to remove this anomaly in relations.”

As western countries were trying to hold Beijing accountable for the mass detentions of Uyghur Muslims in Xinjiang, which the US claims as genocide, Beijing retaliated immediately with punitive measures against the EU that appeared to be wider in scope, targeting European legislators, diplomats, institutes, and relatives, as well as prohibiting their companies from doing business with China.

Read more: EU sanctions China on Uyghur Genocide for the first time since the Tiananmen Square massacre 3 decades ago

However, as these developments have come as a shock to China, Russia has maintained a calculated silence on the whole development. Russia understands that China cannot be trusted and even if the western pressure has pushed it into Beijing’s corner, it does not want an all-powerful China which can dictate Russia the terms of their partnership.

China while claiming to be a strategic ally of Russia, has been trying to gain influence in Central Asia, Eastern Europe, which Moscow considers them as its sphere of influence. China has also been eyeing Russia’s Far East, while at the same time Beijing is trying to tap into the humongous resource-rich Arctic parts which Russia wants to monopolise.

Earlier we at TFI had reported how Russia is countering China’s attempts to make Russia subservient to itself while claiming to be its friend. In return, realising the façade of a friendship that China maintains, Russia is trying to block Xi’s ambitions of connecting China with the oil-rich Arab and African nations, as well as the lucrative European markets. China has three routes to reach the Arab and the Western world if we presume that Xi’s Gwadar port plans will fail because of all the problems that the China–Pakistan Economic Corridor is facing. Interestingly, Russia is making its presence felt in all these three regions- the Arctic, the Strait of Malacca and Central Asia.

Read more: Maybe the world hasn’t noticed it yet but Russia has blocked China’s all three entrances to the rest of the world

Even Global Times published an article which praised the deepening Russia-China friendship, but conceded on the fact that Russia will not abandon India if China tries to test Moscow by escalating tensions with New Delhi. In the article, it mentioned that although China and India have undergone twists and turns in their relations due to border tensions, Russia still hopes that Beijing and New Delhi won’t engage in bigger problems. Stating, Russia has maintained relatively close ties with India.

It went ahead to state that, Russia and India have a “Special and Privileged Strategic Partnership.” While China may think, this relationship will keep India from going into the US camp to dangerous extremes, but the Russia-India relations help Moscow maintain a relatively independent approach to geopolitics. Russia will continue to maintain its cordial relation with India and at the same time, it will maintain silence in terms of the spar between the western countries and China, as it keeps the power balance in such an equilibrium which is best suited for Moscow.