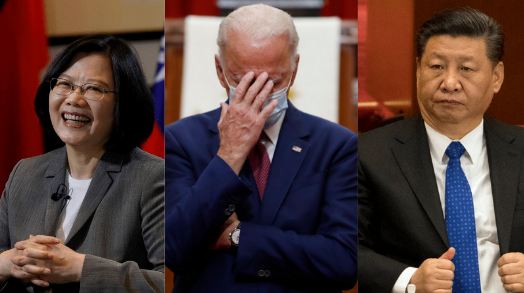 As the faith of allies in the USA all around the world is fading, countries like Taiwan too are taking things into their own hands. Taiwan has begun mass production of a long-range missile and is developing three other models, a senior official said on Thursday, in a rare admission of efforts to develop strike capacity amid growing Chinese pressure.

Two events that have taken place in quick succession have escalated the situation in the Taiwan strait too much. The US and Taiwan signed an agreement intended to boost cooperation between their coast guards, in a move to push back at China’s increasing assertiveness in maritime activities. Just after this, twenty Chinese military aircraft entered Taiwan’s air defence identification zone on Friday, in the largest incursion yet reported by the island’s defence ministry and resulting in a dramatic escalation of tension across the Taiwan Strait.

Read More: Taiwan begins a brutal crackdown on China-funded companies operating on its own soil

While the Biden administration is only signing deals to save face after the Alaska summit fiasco, the China threat is becoming a reality day in and day out. Understanding the dynamics, Taiwan has started mass-producing long-range missiles for the worst-case scenario. Taiwan’s armed forces, dwarfed by China’s, are in the midst of a modernisation programme to offer a more effective deterrent, including the ability to hit back at bases deep within China in the event of a conflict.

“We hope it is long-range, accurate and mobile,” Chiu said in Parliament, adding that research on such weapons by the state-owned National Chung-Shan Institute of Science and Technology had “never stopped”.

Standing next to Chiu, the institute’s deputy director Leng Chin-hsu said one long-range, land-based missile had already entered production, with three other long-range missiles in development. Leng said it was “not convenient” for him to provide details on how far the missile could fly. The institute, which is leading Taiwan’s weapon development efforts, has in recent months carried out a series of missile tests off its southeastern coast.

Taiwan is not alone though, Japan has recently also signalled support for Taiwan. Tokyo has expressed that in case of any Chinese adventurism vis a vis Taiwan, Tokyo will provide a full-on military, as well as all other kinds of support to Taiwan. Japan’s Defense Minister Nobuo Kishi mentioned a recent increase in the number of Chinese warplanes crossing the Taiwan Strait’s median line and the need to research ways for the Japanese Self-Defense Troops to collaborate with US forces defending Taiwan in the event of Chinese aggression in an earlier meeting with the US Defense Secretary Lloyd Austin.

Even in such an atmosphere, Joe Biden is not able to make up his mind, as to how he should act vis a vis China. He is still living in the shadow of the past, the Obama era. He thinks dialogue with China coupled with strategic ambiguity is the sure-shot way to success. However, it is a sure-shot way to see China succeed and its allies lose. Taiwan is in the do or die situation and as such cannot totally rely on the Biden administration coming to its rescue. Recognising the situation, it has started mass-producing long-range missiles.