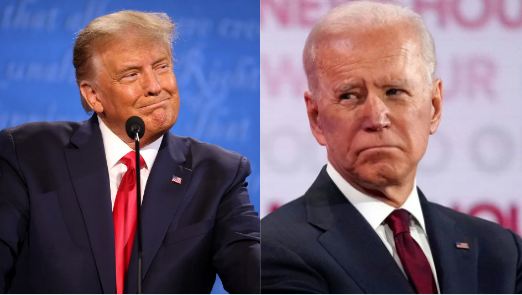 At a time when virtue-signalling, wokeness and absurd yet popular leftist economic policies are gaining traction in the USA, Donald Trump is providing much-needed leadership to deter these forces. President Joe Biden is angered by Georgia’s enactment of the “Election Integrity Act of 2021.” Since Republican Governor Brian Kemp signed it into a bill, the law, which aims to streamline and codify the state’s election process, has been the subject of debate.

Liberals have been going insane trying to figure out ways to make voting in America more equal. Liberals and Democrats are so irritated that they are now pushing for an international blockade of Georgia. Worse, the United States President is echoing similar sentiments. However, the Republicans are not taking these developments lightly. Former President Donald Trump on April 2 urged people to boycott Major League Baseball (MLB), Coca-Cola, Delta and other corporations which are openly opposing election reforms enacted by the Republicans in Georgia. The act of joining Joe Biden in supporting his virtue signalling has backfired as Trump suggests the Governor boycott the companies boycotting Georgia.

Biden had recently expressed support for the idea that the MLB All-Star game moves out of Atlanta in response to the new Georgia election law. This comes after Tony Clark, the executive director of the MLB Players Association, said that he would “look forward to discussing” moving the July 13 game out of Georgia’s capital as a form of ‘economic punishment’ to the Republican state for daring to tinker with the rather unfair election process which continues to exist across America. What’s worse, Georgia must be prepared for an unprecedented onslaught here on, as the Democrats gang up against the state.

Read more: Joe Biden begins the economic boycott of Georgia because Georgia passed the voter ID law. This is just the beginning.

However, this apparent threat by the companies and overtly taking a stand against one of the two political camps in the USA has turned out to be highly damaging decisions for the social fabric of the nation and the Republicans have taken it very seriously. Trump wrote in a statement released by his Save America Political Action committee that, “Baseball is already losing tremendous numbers of fans, and now they leave Atlanta with their All-Star Game because they are afraid of the Radical Left Democrats who do not want voter I.D., which is desperately needed, to have anything to do with our elections,” he added, “Boycott baseball and all of the woke companies that are interfering with Free and Fair Elections. Are you listening Coke, Delta, and all!”

According to Georgia’s most recent reforms, the number of “drop boxes” where voters can cast their absentee ballots has been restricted. The new legislation also cuts the time between runoffs in Georgia from nine to four weeks, limiting the number of runoffs in the state. Georgia’s new changes will go a long way in ensuring future elections are open, equal and safe. If any anomalies, technological glitches or inconsistencies are registered, the state election board has the authority to take charge of the election offices in 159 counties throughout the state.

Georgia’s voting changes have come under fire from the left, with Biden making misleading statements about the legislation forcing polling to close by 5 pm. Voting hours were extended from 7 a.m. to 7 p.m. under the measure.

Delta Airlines and Coca-Cola joined the chorus, releasing comments from their top executives opposing the bill. And with the bill being needlessly politicised, Donald Trump has taken a stand and come in support of the state of Georgia, turning the tide against the very companies which were threatening to boycott.