MLB moved a game from a 51% black city to a 9% black city with existing voting laws. Bravo 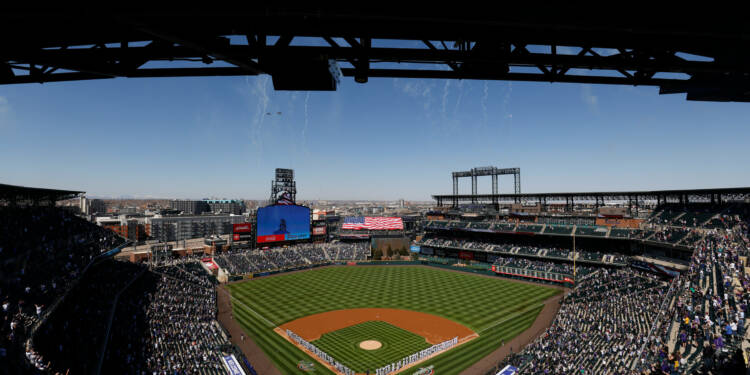 Major League Baseball (MLB) is setting up records on hypocrisy non-stop. If the deal with Tencent just after making a woke move of moving out of Georgia was not enough, the latest news will certainly make MLB the epitome of hypocrisy. MLB has decided to shift the 2021 All-Star Game to Denver Colorado. Opponents of MLB’s plan to shift the game to Denver due to Georgia’s current voting law believe the move would harm rather than benefit Atlanta’s black people. They point out that the move would damage Atlanta’s population, which is 51 per cent black, while improving Colorado’s capital, which is just 9 per cent black, according to census results.

The decision to move out of Georgia was based on the hoax that the new voting law in the state will mostly impact the black community given the statistics that they are the ones that majorly use absentee ballots or mail-in ballots. However, in the name of acting in the favour of the US democracy and the rights of the black community, the MLB has inflicted the most damage to the Black community and in addition to that, they have moved to a state where the law that MLB is criticizing already exists. MLB moved a game from a 51% black city to a 9% black city with existing voter ID laws.

Why did MLB just move the All-Star Game from Atlanta that’s 51% black — to Denver that’s 9% black?

Atlanta is 51 per cent black and 40.9 per cent white, according to 2019 US Census reports, while Denver is 9.2 per cent black and 76 per cent white. Georgia’s latest voting legislation, signed by Republican Gov. Brian Kemp on March 25, has been criticised by the Democrats and voting rights activists as making it more difficult for people of colour to vote. Following the divisive 2020 presidential election and Georgia’s two US Senate runoff elections in January, Republican backers argue the legislation is required to regain faith in Georgia’s elections.

In addition to this, the hypocrisy becomes all the more apparent by the fact that the MLB has moved from Georgia and to Colorado by complaining about how the new rule making it mandatory to show a recognized identification card, the state of Colorado already has similar laws in existence. While the new law in Georgia asks for an identity card which can be any valid state or federal government-issued photo ID, including a free ID Card issued by your county registrar’s office or the Georgia Department of Driver Services (DDS), the state of Colorado already has mandated a requirement of documents that are acceptable forms of identification.

While Georgia’s new law provides a very fluid identification option, that is not the case in Colorado. The voter must provide “his or her name, date of birth, address as registered, address where the elector wishes the ballot to be mailed, and the number of his or her Georgia driver’s license or identification card issued,” but if they don’t have a driver’s license they must “affirm” that fact and attach a copy of their ID, either electronically or as a photocopy (depending on how they’re making the application). Georgia already required voter ID at the polls, but each county provides free voter ID cards to its residents and allows voters to use expired driver’s licenses.

Colorado also requires that a voter provide identification to vote — including in some instances of voting by mail. When voting by mail for the first time, they may have to provide a photocopy of their identification with their return ballot, which seems extremely burdensome for people who don’t have a scanner or a printer at home. But, Colorado won’t accept “any document produced by Colorado’s statewide voter registration system” as proof of identification, and it won’t accept expired driver’s licenses.

So while in the case of Georgia, the availability of document produced by the statewide voter registration system can be helpful for first-time voters, Colorado makes no such arrangement. To put it bluntly, the state from which MLB has moved out provides easier access to the voters than the state they have moved into.

MLB has been leading the charge to boycott the state of Georgia for its efforts to streamline the voting system, so that the people can regain trust in the system, and has decided to move the league out of Atlanta, however, in the same breath, it has signed a 3 year deal with the Chinese tech major Tencent even in the face of over the top human right abuses in Xinjiang by the Chinese Communist Party. These developments concerning Major League Baseball (MLB) give the perfect example about how the companies and organisation which exercise wokeness and virtue signalling are the first ones to abandon all these things as soon as there is money on the line.

“Over the last week, we have engaged in thoughtful conversations with Clubs, former and current players, the Players Association, and the Players Alliance, among others, to listen to their views,” Rob Manfred, commissioner of MLB said in a statement last week. “Major League Baseball fundamentally supports voting rights for all Americans and opposes restrictions to the ballot box.”

The bill introduces additional limitations on mail-in ballots, increases voter ID requirements, and restricts the use of ballot drop boxes. It now requires two Saturdays of early voting ahead of general elections, up from one, which allows for two Sundays of early voting. Furthermore, the act prohibits private organisations from providing food or water to voters in line.

Read more: ‘You boycotted Georgia, will you Boycott China too?’ – this question rattled Jen Psaki so much that she lost it

What’s worse, even the President of the United States partook in the contentious issue and Joe Biden had expressed support for the idea that the MLB All-Star game moves out of Atlanta in response to the new Georgia election law. This came after Tony Clark, the executive director of the MLB Players Association said that he would “look forward to discussing” moving the July 13 game out of Georgia’s capital as a form of ‘economic punishment’ to the Republican state for daring to tinker with the rather unfair election process which continues to exist across America. What’s worse, Georgia must be prepared for an unprecedented onslaught here on, as Democrats gang up against the state.

While the MLB moved out of the state of Georgia and gave all the reasons of why it can never go against the goodwill of the people of the USA and specifically the more marginalised section, that being blacks. However, their exact actions of moving out of a predominantly black-dominated city into a predominantly white-dominated city, tells us how prejudiced the organisation is and how it can twist the narrative to make itself turn out to be the angle while being the most racist and bigoted organisation in the room. And add to that the fact that the MLB has moved from a state by criticizing the implementations of a law that already exists in the state that they have moved into, tells us the extent of hypocrisy and irony.