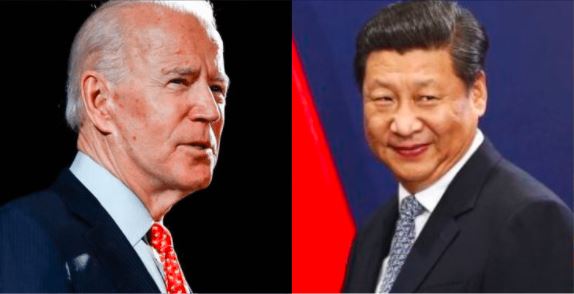 Chinese firm Pythium designed a supercomputer that could assess the heat and drag on hypersonic missiles, which could one day be aimed at a US aircraft carrier, or Taiwan. Surprisingly, the computer runs on chips obtained from the technology which uses American software and is produced in Taiwan.

Phytium presents itself as a for-profit corporation aiming to become a global chip powerhouse similar to Intel. It keeps its links to the People’s Liberation Army’s research arm quiet. According to public records and former officials and analysts who spoke on the condition of anonymity to address a sensitive issue, the hypersonic test facility is based at the China Aerodynamics Research and Development Center (CARDC), which also hides its military ties despite being run by a PLA major general.

The relationship between Phytium and CARDC is an excellent illustration of how China is secretly harnessing civilian technologies for strategic military purposes, with the assistance of American technology. The trade is not illegal, but it is an important link in a global high-tech supply chain that is difficult to control because the same computer chips used in a commercial data centre may also be used to power a military supercomputer.

According to former US officials, the Trump administration planned to put Phytium and a few other Chinese firms on an export blacklist late last year but ran out of time. A listing like this will prevent American-made technology from reaching those companies. It will also stifle China’s hypersonic arms programme, as well as other advanced weapons and surveillance capabilities, according to experts.

The Phytium case also highlights Taiwan’s dilemma as a self-governing liberal democracy geographically located between the United States and China. Taiwan enlists Washington’s help in defending itself against a Chinese invasion, which US officials claim is becoming more likely. Taiwanese businesses, on the other hand, rely on the Chinese market, which accounts for 35 per cent of Taiwanese trade.

President Xi Jinping paid a visit to Tianjin, 70 miles from Beijing and home to Phytium, in January 2019, and praised the company’s contribution to China’s “indigenous innovation” initiative. Phytium now claims to be China’s “leading independent core chip supplier.” According to government reports, the company sells microprocessors for servers and video games, but its key shareholders and customers are the Chinese government and military.

According to business registration records in a public government database, Phytium was established in August 2014. According to the records, it was established as a joint venture between the state-owned conglomerate China Electronics Corp. (CEC), the National Supercomputing Center in Tianjin, and the Tianjin municipal government.

The National University of Defense Technology (NUDT), a premier military research organisation whose current president and the immediate past president are both PLA generals, runs the national supercomputing centre.

China’s major investments in hypersonics is a major concern at the Pentagon. “The only way to reliably see a hypersonic vehicle is from space, which makes it a challenge,” said Mark J. Lewis, until recently the Pentagon’s director of defence research and technology. According to him, if it is travelling at hypersonic speeds — going at least a mile per second — it gives a missile defence system very little time to figure out what it is and how to stop it.

Despite the fact that CARDC and other PLA organisations are subject to US sanctions, the Chinese military has access to US semiconductor technology through companies such as Phytium. Cadence Design Systems Inc., a Silicon Valley firm that counts Phytium as a client, presented Phytium with an award at a 2018 conference for delivering the “best paper” on how to use its tools for high-performance chip applications. Another is Synopsys, which is based in San Jose, California, about eight miles from Cadence.

According to Alchip’s chief financial officer Daniel Wang, Phytium signed an agreement stating that its chips would not be used in military applications. According to Wang, Phytium has told Alchip that its customers are civilians and that the 1500 and 2000 series chips are designed for commercial servers and personal computers.

However, according to a 2018 Alchip press release, the company has partnered with “China’s National Supercomputing Center,” which had been on Commerce’s blacklist for three years for participation in “nuclear explosive activities” at the time.

It is neither the job of private firms in Taiwan nor of those in the US to act as a policeman for the United States. Unless and until Phytium is placed under sanctions no private firm is obligated to cut ties with it. The Trump administration, as mentioned above, was on the brink of sanctioning the Chinese firm, but since Joe Biden assumed office, he has made sure to toe the CCP line. He does not find China a threat nor the CCP. Under his presidency, which is not even three months old, the US has lost its position as a leader on the global stage. While Biden keeps making merry with the Chinese, the CCP is busy building missiles that will one day be pointed towards the US.