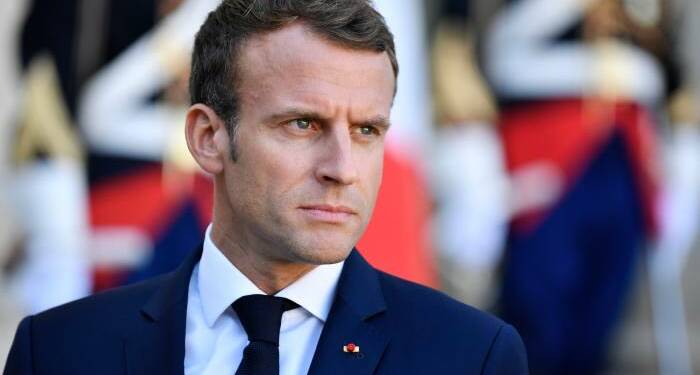 Late Wednesday, the French Senate approved the addition of a ban on religious activities in university corridors to a contentious bill aimed at combating “Islamist separatism.” After the beheading of Samuel Paty, Macron has been on the offensive to deliver a strong, rightful response against the radicalisation of Islam in France. His bill to exterminate Islamist extremism is on course to become a full-fledged law and Macron is leaving no stone unturned.

Islamist influence in France has been on Macron’s agenda, but the recent attacks have expedited the actions. The French Secularism is enshrined in France’s constitution and Macron has gone a long way to defend it. All of these measures taken by the Macron government, in a true sense progressive, are positive as they attempt to improve the situation of Muslims in France and bring them into the societal mainstream.

The centre-right Republicans (LR) suggested introducing a provision restricting prayers in university corridors as well as religious practices that could obstruct educational activities to the draught bill, which has been criticised for alienating Muslims.

Despite the objections of Left Party senators and Education Minister Jean-Michel Blanquer, the plan was approved by right-wing senators.In 2011 France also became the first European country to ban the full veil in public spaces. Then in 2016 many provinces in France adopted the ban on the burkini. The bans were adopted in the aftermath of two horrific terror attacks: the truck attack in Nice and the church killing in Saint-Etienne-du-Rouvray.

President Emmanuel Macron introduced the bill last year to combat “Islamist separatism.” The bill was passed by France’s National Assembly on February 16, and it was scheduled to be debated in the Senate on March 30. After a vote, it is supposed to return to the National Assembly.

It allows for intervention in mosques and the associations in charge of their management, as well as financial oversight of Muslim-owned associations and non-governmental organisations. It also limits the Muslim community’s educational options by prohibiting families from providing home education to their children. The bill also makes “secularism education” mandatory for all elected officials and forbids patients from selecting doctors based on gender for religious or other purposes.

Read More: Macron’s campaign to free France of radical Islam is a model for other countries to follow

Moreover, the French Senate also voted to make it illegal for minors to wear hijab in public as part of the anti-separatism bill. The bill “supporting Republican principles” would increase control on online hate speech and forbid the use of the internet to maliciously expose other people’s personal information. The legislation also forbids “clandestine” schools that embrace Islamist ideology. It will also enforce the polygamy ban by rejecting polygamous applicants for residency. For conducting virginity tests on children, doctors could be fined or forbidden.

The bill is aimed at fighting radical Islamists after a string of terrorist attacks struck France. The bill is a part of President Emmanuel Macron’s long-term campaign to preserve secular principles, tighten home-schooling laws and hate speech. The murder of Paty was one of three assaults that outraged France. Three people were killed in a stabbing incident in October at a church in Nice. In September, in Paris, near the former offices of Charlie Hebdo, where Islamist militants carried out a deadly assault in 2015, two people were stabbed and seriously wounded.