Iran-Israel, Taiwan-China and Russia-Ukraine: Biden is creating flashpoints all around the world and it’s an ominous sign for humanity 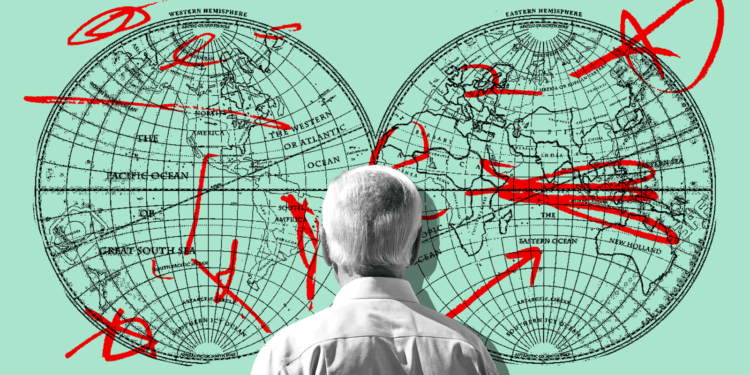 At the outset of the Biden administration, it was being speculated that his confused approach towards foreign policy will make the USA a less potent factor in the geopolitical arena. However, things have turned out to be exactly the opposite as one would have imagined. The directionless, confused and underconfident foreign policy is driving allies in multiple geographical regions towards consequential confrontation and making long-standing adversaries confident in their abilities to take on the US allies.

His and his administration’s policies have even successfully achieved which many would have thought impossible. He has brought back to life the diminishing confrontation of the European allies, Ukraine and the Russian Federation. All in all, Joe Biden, by his inaction at some places and proactive actions at other places has directly led to increased confrontation and the creation of highly volatile flashpoints all around the world. Be it Iran-Israel, Taiwan-China and Russia-Ukraine, things are not looking bright and it is an ominous sign for humanity.

The placating nature of the US approach towards Iran had given it too much confidence and it was taking actions against Saudi Arabia and Israel with impunity. This has forced the hands of Israel and things are escalating too quickly in the Middle East. According to the New York Times, Israel’s intelligence network has shown its ability to strike in the heart of Iran, breaking into a warehouse in Tehran in 2018 and stealing half a ton of secret records documenting Iran’s nuclear project and spiriting them out of the country. Merely days after the Natanz nuclear facility was allegedly bombed by Israel, a power plant in the Isfahan region of Iran, which supplies electricity to the Natanz facility, was struck by an explosion causing damage to critical equipment. And impacting the Iranian Nuclear Programme.

Read more: With a major assault on the Iranian Nuclear facility, Israel has made it clear to the world that Iran will never be a nuclear power

Whereas on the other end of Asia, China has increased its activities in the East China Sea, the South China Sea and the Taiwan Strait. At such a moment when Taiwan is facing the most consistent and coordinated bullying, Joe Biden is doing everything to make its ally Taiwan’s situation worse. The Biden administration is approaching China from the position of patience and is not in a hurry, the White House has said. China wants to utilise the Biden Presidency to its fullest, and the fact that Trump could return in 2024, it plans to annex Taiwan before that. And even in the face of all this, Joe Biden’s administration is saying that ‘We are in no hurry.’

While these are the flashpoints created by Joe Biden turning his back on the USA’s allies in the respective regions, the situation in Eastern Europe is a little different. As in this situation, Biden has resurrected the problem of Ukraine by giving it false confidence and fueling its defiance of Russia. Any significant escalation in Ukraine’s conflict with separatists centred along the Russian border, according to a senior Kremlin official, will result in Ukraine ‘ceasing to exist’ as the world knows it. Dmitry Kozak, the deputy chief of staff to Russian President Vladimir Putin, said during a virtual meeting of experts on Thursday that if Ukrainian forces launched a major offensive, Russia would be forced to protect its citizens living in eastern Ukrainian border regions that proclaimed independence from the central government in Kyiv seven years ago.

Read more: “Ukraine will cease to exist” and it is Biden’s fault

While the USA still wants to act as the policeman of the world, Joe Biden is not in any way capacitated to lead the way. He has, instead of bringing in the status quo and stability, brought in chaos and instability. Iran-Israel, Taiwan-China, and Russia-Ukraine: Biden is creating flashpoints all around the world and it’s an ominous sign for humanity.