‘We are in no hurry,’ said Jen Psaki 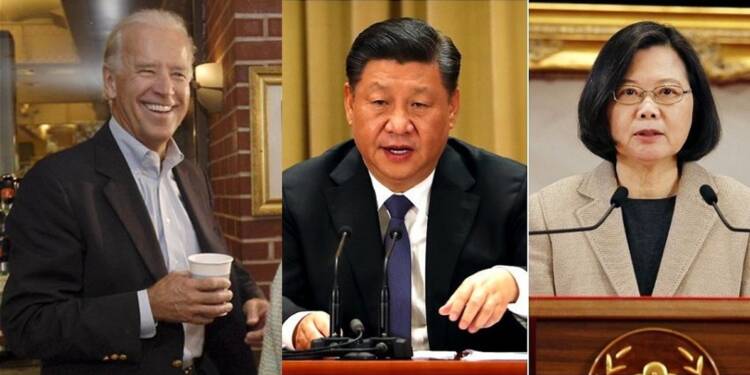 China has increased its activities in East China Sea, the South China Sea and the Taiwan Strait. At such a moment when Taiwan is facing the most consistent and coordinated bullying, Joe Biden is doing everything to make its ally Taiwan’s situation worse. The Biden administration is approaching China from the position of patience and is not in a hurry, the White House has said. White House Press Secretary Jen Psaki told reporters at her daily news conference on Friday that the relationship with China is one based on steep competition.

The heating up of the Taiwan strait is a precursor to the intended invasion of the island nation by the Chinese Communist Party, but Joe Biden is still not moved and is showing the least concerns for the people and democracy of Taiwan. China wants to utilize the Biden Presidency to its fullest, and the fact that Trump could return in 2024, it plans to annex Taiwan before that. And even in the face of all this, Joe Biden’s administration is saying that ‘We are in no hurry.’

While the Biden administration is only signing deals to save face after the Alaska summit fiasco, the China threat is becoming a reality day in and day out. Understanding the dynamics, Taiwan has started mass-producing long-range missiles for the worst-case scenario. Taiwan’s armed forces, dwarfed by China’s, are in the midst of a modernization programme to offer a more effective deterrent, including the ability to hit back at bases deep within China in the event of a conflict.

Read more: Taiwan is mass-producing long-range missiles, while the Biden administration is only signing deals for optics after the Alaska fiasco

“We have been publicly and privately expressing our growing concerns about China’s aggression towards Taiwan. China has taken increasingly coercive action to undercut democracy in Taiwan. We’ve seen a concerning increase in PRC military activity in the Taiwan Strait, which we believe is potentially destabilizing,” she said. “We are approaching this from a position of patience; we’re not in a hurry. We are working to strengthen our conditions at home, better support our workforce, ensure that we are approaching the relationship from a position of strength,” Psaki added. The US is watching the Chinese military exercise near Taiwan closely.

Even in this setting, Joe Biden is unable to make up his mind on how he should approach China. He’s still living in the shadow of the Obama presidency. He believes that engaging in dialogue with China while maintaining strategic uncertainty is the best way to achieve success. It is, however, a sure-fire way for China to win while its allies lose. Taiwan is in a life-or-death situation, and it cannot depend solely on the Biden administration to save it.

Adm. Philip Davidson, the military commander for the Indo-Pacific region, warned last month that China might try to retake Taiwan by force within the next six years.

The US has avoided saying how it will react to such an attack for a long time. There are no assurances, even though Washington supports Taiwan through diplomatic relations, weapons sales, firm language, and even occasional military maneuvers. No statement, doctrine, or security arrangement obligates the US to come to Taiwan’s aid. Only “any attempt to decide the future of Taiwan by means other than diplomatic means” will be of “grave concern to the United States,” according to a 1979 congressional statute.

In such a situation too, the USA under Joe Biden is maintaining its strategic ambiguity-careful balance intended to avoid provoking Beijing or emboldening Taiwan into a formal declaration of independence that could lead to a Chinese invasion. Basically, it is a diplomatic way of saying that we will keep our ally in dark and may not even come to its support if and when China attack.

For Jinping, It’s not about curbing Alibaba anymore, it’s about finishing it forever