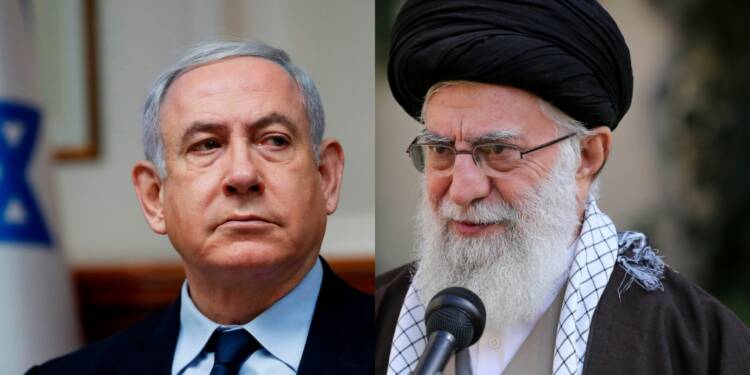 An ‘incident’ has occurred at Iran’s Natanz nuclear facility, which is being attributed to an electrical grid fault. The Natanz nuclear site is one of Iran’s most secure facilities which it uses to enrich Uranium for achieving its nuclear bomb ambitions. Interestingly, the incident caused by the electrical distribution grid fault at the facility comes just hours after the site started using the new and advanced centrifuges that enrich uranium more quickly – taking the Shi’ite nation closer to its ‘bomb’ ambition. The word Iranian state television used in its report can be translated roughly to “accident” or “incident”.

Since this is a developing story, immediate conclusions have not been drawn by Iran over who might have been involved in the incident, which as it probably turns out, has yet again taken Tehran’s nuclear programme back by months, if not years. The blame would obviously be put on Israel – which has a history of targeting Iranian nuclear facilities and scientists in order to derail the country’s mission of creating an atomic bomb. The involvement of Israel in the latest incident cannot be ruled out, as Iran had just installed and started using the advanced centrifuges at the Natanz facility, which enrich Uranium at high speeds.

According to Nikkei Asia, on Saturday, Iran announced it had launched a chain of 164 IR-6 centrifuges at the plant, injecting them with the uranium gas and beginning their rapid spinning. Officials also began testing the IR-9 centrifuge, which they say will enrich uranium 50 times faster than Iran’s first-generation centrifuges, the IR-1.

As a matter of fact, Iran’s nuclear facilities always meet with ‘accidents’ or have something or the other going south for them on a regular basis. In July last year, the same Natanz facility was gripped with fire. According to Middle East intelligence officials, the fire was caused by a powerful bomb explosion. Iran had then blamed Israel for sabotaging its nuclear programme using brute force. Although Israeli officials had dismissed the allegation of their country being involved in sabotaging Iran’s nuclear programme, they did not deny causing the explosion.

According to the New York Times, Israel’s intelligence network has shown its ability to strike in the heart of Iran, breaking into a warehouse in Tehran in 2018 and stealing half a ton of secret records documenting Iran’s nuclear project and spiriting them out of the country. Merely days after the Natanz nuclear facility was allegedly bombed by Israel, a power plant in the Isfahan region of Iran, which supplies electricity to the Natanz facility, was struck by an explosion causing damage to critical equipment.

Read More: Iran backs off under fear of the Israel-Arab alliance’s rising strength to end its nuclear deal dreams

One cannot possibly forget the assassination of Iran’s top nuclear scientist, Mohsen Fakhrizadeh – who was the man heading the country’s military nuclear programme. The assassination had seriously affected Iran’s ambitions and left it pulverised and susceptible to foreign attacks. Again, Israel is believed to have been involved in the assassination of the Iranian nuclear scientist. It becomes clear that Israel is making no secret of the fact that its primary aim remains to ensure that Iran does not develop a nuclear weapon, as that would severely alter the geopolitical realities of the Middle East and threaten the very existence of Israel. As such, Prime Minister Benjamin Netanyahu is willing to go to any extent in order to derail Iran’s nuclear programme.

Only last week, during a speech marking Israel’s official Holocaust Remembrance Day ceremony, Netanyahu made it clear that Israel would not be bound by a revitalized nuclear deal between world powers and Iran, declaring that the Jewish state is obligated only to defending itself against those who seek to destroy it. The message was delivered to US President Joe Biden lock, stock and barrel, as the Israeli PM said, “Unlike in the past, today there is no one in the world that will deprive us of the right and the might to defend ourselves from an existential threat…The nuclear deal with Iran is once again on the table. Such deals with extreme regimes are worthless.” The remarks came at a time when the EU, US, China, Russia among others held talks in Vienna with Iran about resuscitating the 2015 Nuclear Deal, or JCPOA.

Read More: As Biden moves towards a possible JCPOA, Arab nations and Israel are already on the offensive against Iran

Right after Joe Biden had taken over the presidency of the United States, a senior Israeli official, well aware of the Democrat’s plans, had said that if Biden were to resume nuclear deal dialogue with Iran, Israel would have “nothing to talk to him about.” This was a signal that Israel would not salvage its relationship with the US if the Biden administration remained adamant on pursuing the nuclear deal with Tehran.

With the latest ‘incident’ at the Natanz nuclear site, which has been preceded by multiple such incidents across Iran, the Jewish nation of Israel seems to be making it clear that Tehran will not be allowed by it to procure or manufacture a nuclear weapon. Israel has signalled that no step is extreme enough for it when it comes to sabotaging and derailing the Shi’ite nation’s nuclear programme. Prime Minister Benjamin Netanyahu has made it clear that he will not shy away from doing what is necessary in order to protect his country and its people.