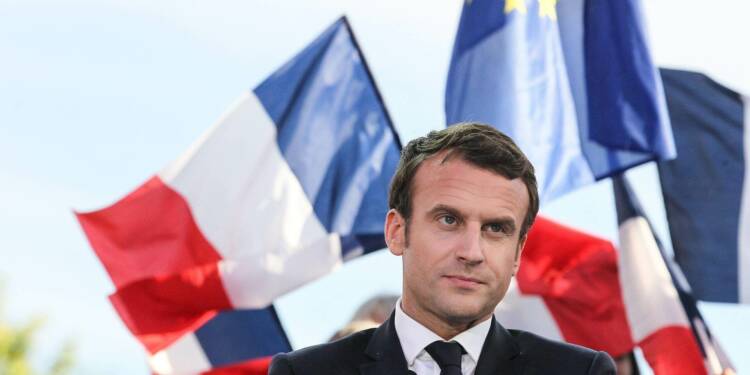 Emmanuel Macron remains the first politician in a long time who has refused to hide behind the veil of ‘Political Correctness.’ He had previously stated that the French government would introduce legislation to ensure that Islam is not politicised and that facets of Islam are decoupled, resulting in the creation of a parallel society. And after that, the French government has taken many steps to remove any sort of parallel social practices which are not in line with French society. Now the Senate has also passed the earlier proposed bill to counter Islamic radicalism with certain amendments. The steps France is taking to contain Radical Islam is a model for the rest of the free world.

While earlier the French Senate approved the addition of a ban on religious activities in university corridors to a contentious bill aimed at combating “Islamist separatism.” On Thursday, the French parliament passed legislation designating sex with a child under the age of 15 as rape, punishable by up to 20 years in prison, taking the country’s criminal code closer to that of many other Western countries. Before the age of consent being raised to 15, prosecutors in France had to prove that sex was non-consensual to secure a rape conviction. This is a direct action against the practices among the radicalised Islamists and it goes in the right direction to integrate the larger Muslim society into the French society.

The public anger against the long help appeasement of the Muslim population has been building up, and some recent incidents have become an outpour of this sentiment. “EELV = Traitors” read the graffitied message, alongside others including “No to Islamization” and references to the Crusades. It was spray-painted on an Islamic centre in Rennes, but its target was Strasbourg’s leading Green (EELV) party, members of whom voted on March 22 to subsidise the construction of the Eyyub Sultan mosque – also known as the Grand Mosque of Strasbourg – with a grant of 2.5 million euros (US$3 million), or 10% of the total costs. French Interior Minister Gerald Darmanin has condemned Strasbourg’s decision, citing the potential of “foreign meddling.” Now the further strengthening of the bill in the Senate, where the right-wing holds the majority, will most likely address these concerns.

Following Samuel Paty’s beheading, France has gone on the offensive to deliver a solid and just response to the radicalisation of Islam in France. Macron has risen to lead his people in the face of rising violence and has chastised radical Islamists for their extremist approach, which is incompatible with the French way of life, or Lucite. He has since continuously struck a blow that would halt the spread of Islamist extremism.

In addition to this, the Senate-approved version introduces measures that would expand bans on symbols or clothing expressing religious faith in public. The new version proposes to expand bans on face coverings including for parents accompanying children on school outings, during national sports competitions and for minors in public places, as well as the full-body swimsuit, known as the burkini at swimming pools.

Other proposed legislation includes prohibiting religion from being practised in public colleges and other higher education facilities, with senators citing prayers in hallways and other “inappropriate locations” as examples. The text prohibits political campaigning on platforms that are incompatible with “national sovereignty, democracy and secularism,” as well as politicians using religious symbols in campaign materials and platforms that are “openly communitarian.”

Social workers would be able to withdraw family benefits if children missed too many school days, and mayors would be able to refuse to renew resident cards of people who seem to have rejected republican values. In the Senate edition, a variety of new papers have been added. One amendment calls for state approval for international sponsorship of religious sites, as well as opposition to private schools funded by countries considered “hostile” to France. Right-wing senators proposed a clause that would allow the government to prohibit any party that limits access to meetings based on skin colour or origin, coinciding with controversy over “non-mixed” meetings organised by the left-wing student union UNEF.

The world can learn a lot from France in taking the necessary steps to counter the increasing threat of radical and extremist Islamism. The murder of Paty was one of three assaults that outraged France. Three people were killed in a stabbing incident in October at a church in Nice. In September, in Paris, near the former offices of Charlie Hebdo, where Islamist militants carried out a deadly assault in 2015, two people were stabbed and seriously wounded.