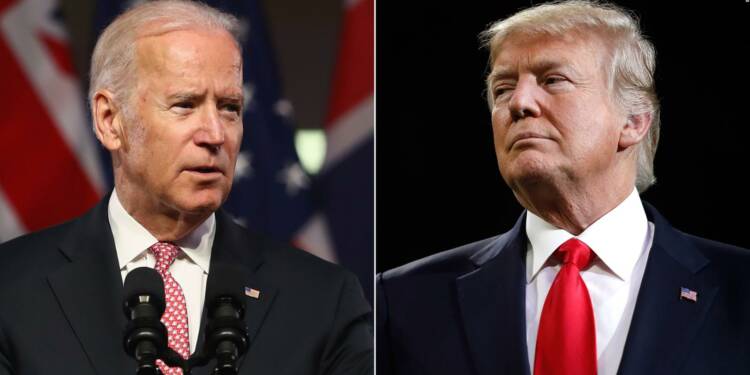 Joe Biden declared a few weeks ago that “America is back.” However, America is no longer present in Afghanistan. The withdrawal of all remaining American troops from the country has just been declared by the US president. On the iconic date of 9/11, 2021, a 20-year war will come to an end. But that’s good news. A war which had cost lives and billions of dollars with nothing to show for. But it was not Biden’s decision, Trump had tied his hands and he followed his predecessor and now is reaping the rewards.

But Trump also had set up policies for dealing with China and Russia. To deal with the issues of Taiwan and Ukraine, respectively. But Biden has sought to follow his own and those of his Democrats and things have already started to look bad.

Biden’s policies on Ukraine and Taiwan have opened major flashpoints. It was suspected at the start of the Biden administration that his muddled foreign policy strategy would make the United States a less powerful geopolitical player. Stuff, however, have turned out to be precisely the opposite of what one would expect. A foreign policy that is adrift, confused and insecure is pushing allies in multiple geographic regions toward conflict, while long-standing adversaries gain trust in their ability to take on US allies.

He has reignited the waning conflict between the European neighbours, Ukraine, and the Russian Federation. Overall, Joe Biden has raised confrontation through his silence in some places and aggressive behaviour in others.

China’s aggression in the East China Sea, the South China Sea, and the Taiwan Strait have increased. Joe Biden is doing everything he can to make Taiwan’s condition worse at a time when it is facing the most consistent and orchestrated bullying. According to the White House, the Biden administration is treating China with patience and is not in a rush.

Trump, on the other hand, had made the US support for Taiwan clearer. He had used the assertiveness the United States had and used it to back Beijing into the corner. While at the same time, he was also able to garner support from the rest of the World as other major democracies in the region and worldwide came to Taiwan’s rescue and support.

In Europe, by instilling false optimism in Ukraine and fuelling its defiance of Russia, Biden has resurrected the issue. According to a senior Kremlin official, any major escalation in Ukraine’s conflict with separatists centred along the Russian border will result in Ukraine “ceasing to exist” as the world knows it. During a virtual meeting of experts on Thursday, Dmitry Kozak, the deputy chief of staff to Russian President Vladimir Putin, said that if Ukrainian forces launched a major offensive, Russia would be forced to defend its citizens living in eastern Ukrainian border regions that declared independence from the central government in Kyiv seven years ago.

Although Taiwan and Ukraine are separated by thousands of miles and involve different antagonists, the two stand-offs feel connected. Ivo Daalder, a former US ambassador to NATO, believes that: “Moscow and Beijing will look closely at how we react in one situation to set the stage for the other.” Daalder argues that “we need greater strategic clarity on what we would do if Russia moved militarily against Ukraine, or China on Taiwan”.

Although the United States continues to serve as the world’s policeman, Joe Biden is in no way qualified to lead the way. Instead of restoring the status quo and order, he has introduced uncertainty and turmoil. His policies are creating major rifts and he is picking on the wrong enemies. Trump had identified China as the main belligerent in the world order but Biden by moving away from Trump’s policies is creating major flashpoints and this will end in his downfall.